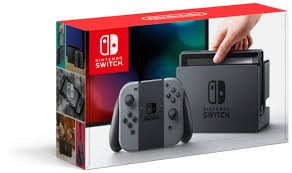 Well, Nintendo just released another Direct presentation covering the upcoming release schedule for the 3DS and Switch systems. It was chocked full of information, some good, some bad. Here were some of the topics that caught my attention. 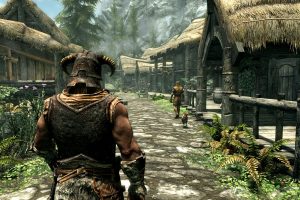 Apparently this developer got upset about people complaining that third party support for Nintendo consoles is non-existent because they went on a rampage of announcements of upcoming games for the Switch. Not only did Skyrim get a release date (Nov.17th of this year), but apparently Doom and Wolfenstein II are coming out for the system as well. This is great news for fans of the series looking for some fun first-person shooter action on the go, and is definitely something worth checking out.

This isn’t exactly something I’m super hyped about, but I thought it was an interesting idea anyways. A new Mario Party game called Mario Party Top 100 is going to hit the Nintendo 3DS soon, and is going to include fan favorite minigames from each entry of the franchise. Like I said, this is nothing groundbreaking, but a new spin on a tired series might be the shot in the arm that it needs in order to be relevant once again. 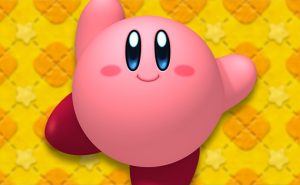 If anybody out there listens to Gamecorp, you know that I love side scrolling platformer games, and the Kirby series is definitely one of my favorites of the genre. So when I heard that not one, but two new games in the series are coming to both of Nintendos consoles early next year, I got pretty excited. Kirby Battle Royale (3DS) looks more like a 3D action adventure, while Kirby Star Allies (Switch) seems to be on course to fulfill my need of more games from my favorite genre. Each one looks fun though, and next year is going to be exciting for fans of this puffball, that’s for sure.

Bethesda is not the only company jumping on the hype train, as there are a number of developers and publishers looking to release games for the Switch in the next few months and beyond. Capcom is giving us both Resident Evil Revelations titles on Nov.18th, Rockstar is dropping a L.A. Noire re-release on Nov.14th, EA is giving us FIFA 18, and finally 2K is making Switch versions of NBA 2K18 and WWE 18 as well. While not every one of these games will be your cup of tea, one thing is definitely true, third party support for this system is heating up. 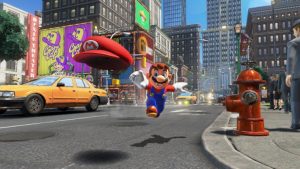 Now I couldn’t wrap up my highlight reel of the latest presentation without talking about Mario’s latest adventure. While there is not much new to report as far as details go, I’m simply amazed as to just how impressive and polished this game looks. From the new kingdoms, to the different abilities our friendly plumber can pull off, to some interesting social media features, this is shaping up to be something truly special. Also, release a hardware bundle that includes the game is a great way to get people to get interested in the system.

Well, that wraps up my highlight of this presentation, but be on the lookout for all of the latest gaming news and updates right here at realnerdcorp.com