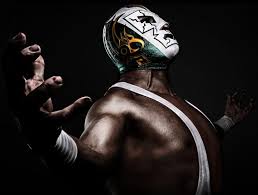 Heads up folks, this will be the last day for the next few days that I’ll be around the site and social media. I have a wedding I have to prep and get ready for, so we’ll talk later. That being said, new content will be uploaded on Friday and Saturday, as well as the fourth episode of GameCorp. Keep your eyes out for that. Podbean will also be handled next week, as I just don’t have the time to set it up before Sunday.

Dr. Wagner Payout? – I never disclose financials (or at least I try not to) of wrestlers payouts, and I won’t here either, but this needs to be reported. The sum, which you can find elsewhere, that Dr. Wagner got for losing his mask on Saturday is being dubbed the largest payout in the history of lucha libre. The sum was so big, that the amount Psycho Clown agreed to was literally .01 of what Wagner was going to get. That’s 56x times the amount of Psycho Clown. Dr. Wagner has opted to not retire, and has changed his name to Rey Wagner. Rey is Spanish for King.

Opinion: Wagner is this generations greatest lucha libre, so the payoff sum, in my opinion, is fucking low. I know it’s over six figures, but this man is on the same level of Blue Demon (if not higher), and others. I’m glad he got a massive payoff, but it should of been more.

El Patron Update/AAA Controversy – If rumors are to be believed, it appears as though Alberto El Patron will return to GFW after all, in time for Bound for Glory. El Patron was supposed to come back to AAA for TripleMania, but the higher ups (I’m told higher than Vampiro), trademarked El Patron’s ring name behind his back for all Mexican promotions going forward. This obviously enraged El Patron, according to the report, and he walked out of the event opting not to participate in the segment on the show that was going to be done strictly for GFW. El Patron’s new segment will filmed at an indy show to build up to Bound for Glory.

Opinion: El Patron’s return to t.v. isn’t something I’m looking forward to, however the idea that I’m hearing is to build up to Jeff Jarrett returning to the ring with GFW against Alberto El Patron in a match that has Patron blaming Jarrett for suspending him. There’s even rumors that Patron may align with LAX after all.

Sexy Star Responds to Incident – Sexy Star was on a Mexican t.v. program where she told, kinda, her side of the incident. The translations of the transcript was from SuperLuchas.

The truth is that these days have been very, very difficult for me. On Saturday I had a championship fight; was very hard. I think it all went out of hand. I do not know, it’s a situation that right now I’m a bit confused. I want to be silent and when I feel that it is the moment, I will touch the subject.

But there’s something I said to Adrian: The worst I feel is when I pull out the claw, and I think that’s what helped me today. Thank you.

I have heard what men say to me, women. They want to break up with me, to withdraw from this sport. Here I am, as I said at the beginning, I will not stop. I am no representation of all the women who have been mistreated, physically or psychologically, and I think I have to be stronger than ever, and if at that moment I went through a strong depression and I left, I will also leave this one, Mr. Chavana. The truth was a very complicated subject. I’m in blackout; I can not even think.

I was in a championship fight and I was doing what I had to do, what people deserve, give me a claw until the end. That’s what happened, I gave it up. And it seems that the girl is injured; I do not know, I do not know. And that’s all I can say.

Do not you think this could be a cyber attack?

I am being a victim of that, and the truth is that it is very delicate. People can not imagine how much damage they can do, the thoughts that can make you have. That you feel trapped, impotent, alone, even knowing that I am not, because I have a beautiful family, I have a daughter, and I have my parents, thank God. And they are tonight with me, they know what I’m going through and they have not released me at all, and I thank them with all my heart.

Opinion: Instead of eating crow and apologizing, it appears as though Sexy Star is doubling down. While Zach and I did say blackballing didn’t fit the nature of the crime, I have to say after seeing her duck her responsibility, a case could be made that she just refuses to see what she did was wrong.

Quick Hits – Robbie E is still with GFW, and is being kept off t.v. to help freshen him and others (Bram and DJZ were mentioned) up a bit. The Observer claims Dave Bautista is the leading candidate to headline the 2018 Hall of Fame. Braun Strowman was left off the show this week due the WWE not wanting him to be on the show without interacting with Brock Lesnar.