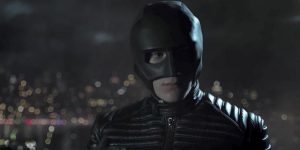 Justice League Update – “The Justice League” film has some interesting notes coming out. The film is apparently a direct sequel to “Dawn of Justice”, and will pick up right when Superman’s funeral ends. Here’s the quote;

Fueled by his restored faith in humanity and inspired by Superman’s selfless act, Bruce Wayne enlists the help of his newfound ally, Diana Prince, to face an even greater enemy. Together, Batman and Wonder Woman work quickly to find and recruit a team of metahumans to stand against this newly awakened threat. But despite the formation of this unprecedented league of heroes—Batman, Wonder Woman, Aquaman, Cyborg and The Flash—it may already be too late to save the planet from an assault of catastrophic proportions.

And to parlay off that, apparently Joss Whedon’s reshoot weren’t nearly as extensive as some claimed. The new report from Superhero News claims that the reshoots took so long due to scheduling conflicts with some stars and noted that some scenes that were changed were very minor things;

Vixen on Network? – The CW will be airing both seasons of “Vixen” on CW this Wednesday in a two-hour event. The show will feature all twelve episodes of the first two seasons and will be hosted by Tiffany Smith of DC All Access. There will be interviews will all the stars and the creators of the series.