We’re almost ready for Brand Banter’s recording tonight, so stay tuned for that tonight, or on YouTube later.

Well, I hope that all characters have a little more rounded shape in the sense that they have two sides of the coin. Yes, they are villains. Hannibal is a baddie – but at the same time, we kind of like him. I think all characters – goodies or baddies, should have a little of both and I think that every actor looks for that in a character.

Batista to Star as Another Comics Hero? – A fan on Twitter asked Dave Bautista if it’s true that he was going to be in the upcoming “Eternal Warrior” film project, by Valiant. Bautista tweeted back what appeared to be confirmation, saying;

Glad you asked cuz I’m really excited about EW. We are currently working to get the script fan worthy and then we’ll be full on from there.

Opinion: This is interesting, as it could be Dave Bautista’s first opportunity to be a headlining star on his own and not part of a franchise. 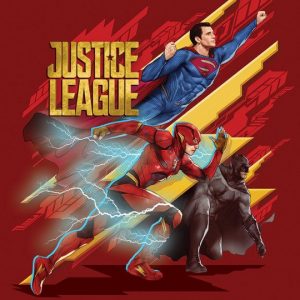 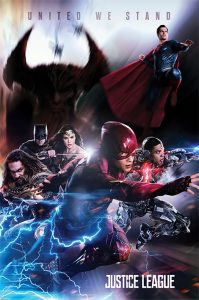 Opinion: I like the last one, but I’m not feeling the others.

Below is the film’s synopsis;

Fueled by his restored faith in humanity and inspired by Superman’s selfless act, Bruce Wayne enlists the help of his newfound ally, Diana Prince, to face an even greater enemy. Together, Batman and Wonder Woman work quickly to find and recruit a team of metahumans to stand against this newly awakened threat. But despite the formation of this unprecedented league of heroes—Batman, Wonder Woman, Aquaman, Cyborg and The Flash—it may already be too late to save the planet from an assault of catastrophic proportions.