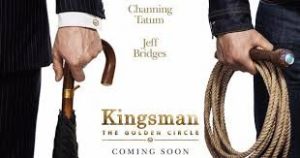 Shazam Update – The Hollywood Reporter is claiming that “Shazam!” will be filmed in 2018 and will feature Billy Batson as a young boy who’s crippled who will gain the power of the great wizard, Shazam. The idea isn’t to dissimilar from the Captain Marvel Jr. character, who had issues walking.

The trade does note that The Rock will not appear in the film, as a “Black Adam” spinoff is in the works and will be made independent of Shazam, though a crossover is obviously in the films future.

Thanos Series Coming – Marvel has announced that Donny Cates and Geoff Shaw will be creating a new “Thanos” title. Cates has commented on the new book saying;

I keep coming up with ideas that are just so darkly brutal. I just understand him as a character and as a god. I just keep pushing and pushing and pushing…I don’t want to get too much into what I’m doing, but the basic idea is that…I believe every Marvel hero in the galaxy, if you were to catch them on a dark day and asked them how the world was going to end, they’d say, ‘Thanos, of course.’ He’s just always there.

I’m just excited. I get to draw everything. It’s just so big and out there,” Shaw added. “Not to belabor the point, but Donny told me the pitch too, and I was like, ‘Really?’ It’s out there, it’s crazy, it’s huge. 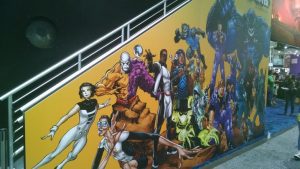 The series will feature Mr. Terrific, Plastic Man, Metamorpho and others in what appears to be a new “Outsiders” series.

And for you Archer fans,

Quick Hits – Noah Hawley working on Dr. Doom script for Fox. IDW announced that “Visionaries: Knights of the Magical Light” will join their Hasbro print-verse. Saïd Taghmaoui to portray the Shadow King in second season of “Legion”. “Mask of the Phantasms” to get a remastered release. Channing Tatum claims “Gambit” is still happening. Charlize Theron admits to passing on a role in “Wonder Woman”.