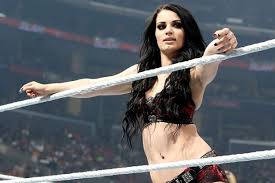 Holy hell, we have a lot of major news pieces today. Enjoy it.

Major Talents Coming in to GFW – Rey Mysterio has a GFW contract in hand according to new reports from various outlets. I’ve heard that it’ll take a “momentous” contract and all sorts of incentives to top the GFW deal. Apparently Mysterio has very little interest in returning to Lucha Underground and would only do so if their other projects for him materialize on the brand. As there are no plans for another season as of now, there seems no reason for El Rey (Lucha’s parent company) to order any series starring Rey Mysterio if their flagship show that he’s on gets cancelled.

It’s also announced that Taya Valkyrie will be coming into GFW for some live events, alongside her husband John Hennigan. If L-U does end in the Fall, Hennigan will be looking for a new home with a limited schedule and GFW offers that, while Taya has a desire to join GFW. Drago will also be working the live events in August, but as of now there’s no news on Drago wanting to join GFW full time.

More on Talking Smack’s Cancellation – Apparently it wasn’t just Vince McMahon being Vince. According to a variety of outlets, the new story does in fact back the ratings angle, but it’s not just flat out ratings. Apparently the WWE had to bring in a second production truck for the show, and the costs are those are outrageous. So if the ratings aren’t high enough to justify the extra costs, of course it’s going to go. However, this also follows a quiet cost cutting trend by the WWE, as they trim up their costs. I’m expecting major releases coming soon.

Update on Paige/Patron – The current news coming out of Orlando actually has Paige and not Alberto El Patron being suggested for charges. According to ProWrestlingSheet, they’re quoted as saying;

OPD detectives have found that probable cause exists to charge Saraya Bevis with Battery (Domestic Violence). Detectives have sent the information to the State Attorney’s Office for review and the SAO will determine whether to file charges in the case.

Paige did claims he was the one being investigated, so it turns out she told the truth for once. It’s also being rumored that regardless of the outcome of this, its seems like GFW is moving away from El Patron anyway. The thought is that even if Patron isn’t himself an issue, the relationship is and that is problematic as GFW is trying to heal it’s brand. So it makes sense for GFW to have a zero tolerance on any talent that ends up in bad headlines.

With that in mind, I could see GFW passing on Matt Hardy and low-balling his contract offer, just because he and his wife are in the same boat in terms of behavioral issues.

Jeremy Borash Reveals They Broke Many Laws – WrestleZone interviewed Jeremy Borash and they revealed that they broke into a zoo to do the kangaroo boxing segment.

I like to shoot “run and gun”. I don’t like to ask for a lot of clearances. I ask for forgiveness a lot of times. The biggest legal issues I am concerned about in terms of the Hardy stuff is just the statute of limitations. I don’t want to be in court explaining why we broke into a zoo and fought a kangaroo. I don’t want to be in a court explaining why we are shooting fireworks off of FAA licensed aerial machines. (Laughs) I am just going to lay low on that. I don’t think a lot of stuff we did was above the law in North Carolina. I didn’t quite read the rules. I know we just liked to do a lot of “run and gun” stuff.

If that’s the case, I do believe that all three should be charged for animal abuse. Sorry JB, but abusing an animal on a whim isn’t exactly something I’m down with.

Quick Hits – Rumors are circulating that Brock Lesnar may be returning for a fight in the UFC. Kevin Owens lost the U.S. title because his gimmick was too close to Jinder Mahal’s and WWE didn’t want their two top champs being ant-USA heels. GFW calls Bobby Roode an IMPACT Original and people think that’s somehow newsworthy, despite it being obviously true. Kurt Angle is not seen as a part time wrestler, but merely an on-screen character. Jeremy Borash revealed that Gail Kim will be taking a position as an agent after her retirement. Borash also revealed that GFW signed two new female wrestlers but declined to name who.