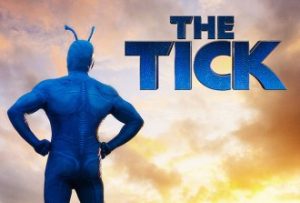 Slow news day all around apparently folks. Can’t help that. At least we’re not BBC’ing it and saying “there was no news today”.

The Tick Debuts US Trailer – The new trailer for the upcoming Amazong series, “The Tick” just dropped. I wasn’t a fan of the cartoon or the 2000’s series, but yah know what? This looks charming. Maybe because it’s so in line with what the vibe of “Powerless” was going for, and I liked that vibe, or maybe it’s just so radically different in the genre I love that it appeals to me. Whatever the reason is, this is a great fucking trailer.

ComicCon TV Guide Covers – Normally promotional ads like this don’t make the news cycle but the Arrowverse one kind of caught my eye. Supergirl exists on a different Earth, so it makes sense she’s on her own. However, why put The Flash, Arrow and Black Lighting together?

Hmmm….Is it because this is the first hints at them being in a shared universe?

Could be. Also, they are pretty dope. Check em out. 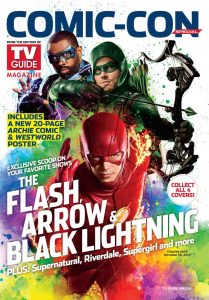 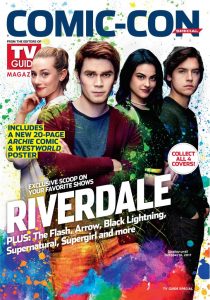 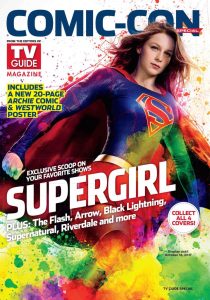 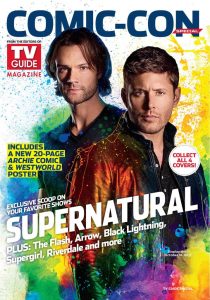 New Green Lantern Story Coming – In a non-continuity story, DC has announced a “Green Lanterns: Earth One Vol 1” graphic novel in the works. the story would follow a now astronaut Hal Jordan, working for Ferris Galatic. His work involves him prospecting on asteroids for minerals and the like. He ends up finding a Green Lantern ring and begins rebuilding the corps. Corinna Bechko, Gabriel Hardman and Jordan Boyd are working on the book. Haardman took to IGN to discuss the book, saying;

Approaching this as an Earth One story gives us the opportunity to go back to the core concept of Green Lantern and interpret it through the lens of a modern, grounded sci-fi story while still being true to the Silver Age roots of Hal Jordan. Having storyboarded Interstellar, this is an approach I’m comfortable with and have wanted to explore in comics. Realistic sci-fi is only the beginning of this story; we have something much more epic in store.

Bechko added a change in Jordan’s presentation as well;

Hal Jordan is a smart, capable person with a space and science background who has a lot of untapped potential even before he finds the ring. That means he’s going to approach everything the ring does from the perspective of a scientist, but he’s going to employ it for action and adventure. The result for us as writers is the opportunity to fully embrace the science fiction aspects of the story in a way that would be impossible with a lot of other characters. 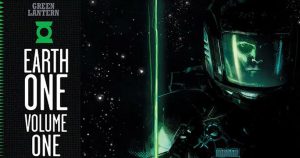 Quick Hits – “The Flash” to bring back Peek-a-Boo for Season 4 premiere.