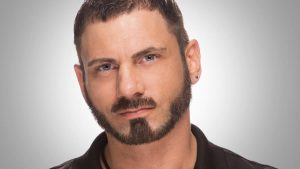 Kenny Omega Update – The Wrestling Observer has an update on NJPW and Kenny Omega’s current status with the company after winning the new IWGP United States title at last weekend’s tournament (via WrestlingInc.com). According to the report, the plan is for Omega to defend his newly won title in both NJPW and Ring of Honor in the United States. Additionally, Omega’s first title defense in ROH is slated to take place later in October.

The report also indicates that for Omega’s future, he’s expected to remain in New Japan until at least early 2019. This is according to what Omega has told people who have asked and company officials who previously thought that 2017 would be his final year in the promotion. Now it seems that he’s likely to stay for a little while. The report does mention that it’s always possible that something like WWE making Omega a huge offer that he couldn’t refuse, but Omega’s current plan is to stay with NJPW at the moment.

Omega would like to continue his ongoing feud with Kazuchika Okada for the heavyweight title and to be booked in a match against Kota Ibushi at the G1 finals. Kota Ibushi is Omega’s former tag team partner, and they’ve held tag titles in multiple organizations; including the IWGP junior heavyweight tag belts. As for the US title, the plan is that the belt would be the main title for New Japan when shows are held in the US. Granted, NJPW is not set to return to the US until 2018.