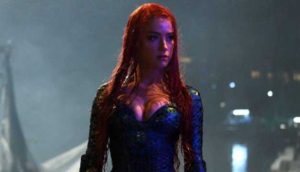 I’m getting some work in early today, so here’s the ComicCorp for the day, but also a reminder; Tonight, Swisher and Myself will be live on Twitch.TV/RealNerdCorp. We’re talking Slammiversary, Barry Scott, the future of GFW, relationships, love and whatever whacky topic we can come up with.

‘Arrow’ Season 6, Episode 1 Title Revealed – Marc Guggenheim has released the script cover for the first episode of ‘Arrow’ sixth season. The title is “Fallout”, which isn’t surprising as the whole island got exploded. The show begins productions today apparently, so welcome back.

Major Thor Villain Revealed? – “Thor: Ragnarok” is getting ready to release and many have been anxiously awaiting the reveal of Surtur. Well thanks to ComicCon, we now know what Surtur will look like when he makes his debut in the Thor film.

There are more Thor characters in this set, which you can see below. 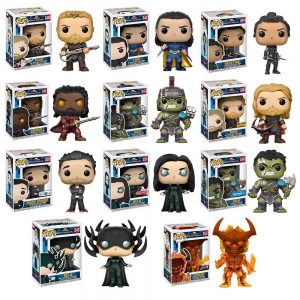 Frank Miller’s ‘300’ Prequel Happening – The 1988 miniseries “300” became an iconic book and movie thanks to Frank Miller, the series writer and Zack Snyder, the films director. The long awaited prequel for the “300” comic is underway apparently. Entertainment Weekly reports that the title is “Xerxes: The Fall of the House of Darius and the Rise of Alexander” will be published in 2018 via Dark Horse. The comic will cover the Persian empire Xerxes “…who raised a massive army to invade Greece.” So it’s going to follow his origin to a decree.

Quick Hits – Scott Snyder’s ‘Dark Metal’ has a preview out that showcases Challengers of the Unknown, Red Tornado, and the Will Payton – Starman. New Amber Heard photo shows amazing red hair for upcoming role as Mera.