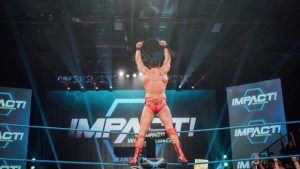 Sorry for the late post, but here’s the wrestling news.

WWE Ratings Update – The WWE is having ratings issues, and it continued into the Fourth of July week. RAW achieved 2.836 million viewers, down 5% from the previous week. SmackDown was down 11% to 2.329 million viewers. so the returns of John Cena and Rusev, and two AJ Styles matches really didn’t help the show too much.

We’re already in conversations with AAA. I’m not 100 percent sure if I’ll be defending the title that night, but I will be there. This will be my third straight TripleMania, and every time I go to Mexico, I have a lot of fun. This time, I have the opportunity to go with my new casa, my new home, and my new title.

Dr. Wagner and Psycho Clown will be the main event in a match vs. match.

Quick Hits – PWG has announced Jeffery Cobb (Matanza Cueto), Trevor Lee, Flash Morgan Webster have all been announced for Battle of Los Angeles. Cody Rhodes won’t need surgery on his shoulder after injuring it in a match. Charlotte Flair to appear in “The Psych Movie”. Rhea Ripley and Sage Beckett (Andrea) have been announced for the Mae Young Classic.