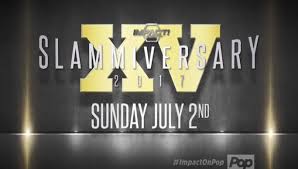 I spent all night watching ‘GLOW’. While I have a minor compliant or two, it’s largely a solid series. I’d suggest checking it out. Now, lets go talk about LaVar Ball’s family .

Ball Family at RAW – LaVar, Lonzo and LaMelo Ball were at RAW last night, just in case you didn’t know. The segment is being dogged and called one of the worst ever by most, and it’s even made worse by the fact that the fifteen year old LaMelo got the family in some hot water by dropping ‘nigga’ twice on live television when his father LaVar and The Miz squared off with one another, and was interrupted by Dean Ambrose. WWE issued a statement that distanced themselves from the incident, claiming LaMelo went off script.

The Observer has gone on record saying that Vince McMahon and Kevin Dunn were furious backstage, and that everything was ‘pure chaos’. Now, the WWE have obviously done far more offensive things on purpose, but that was a different time, a different era, and most were 20-30 years ago. So proper perspective needs to be had. Also, it should noted that LaMelo is still just a 15 year old kid, and at 15, we were all dicks. But it’s made worse by the fact that LaMelo a social figure and seems to use that to his advantage. LaVar’s family on RAW was a bad idea form the get go, and this is just another reason why it should never of happened.

RAW Ratings – “BUT THE NBA PWAYOFFS!” you screamed. “THAT’S WHY THE WWE RATINGS SUCK!” you try to claim. But here we are, for the 8th time in 9 weeks, below three million viewers. This weeks RAW garnered 2.976 million viewers, thus showing that the WWE is in fact struggling

Slammiversary XV Guests – Slammiversary XV will feature not only Orlando Mayor Buddy Dyer, but also will feature Bellator Light-Heavyweight fighter, Muhammed “King Mo” Lawal in the corner of Lashley. Lawal will counter Dos Caras, who’s coming to Slammiversary XV to corner his son, Alberto El Patron in the same match. Mayor Dyer will be there to honor the 12+ worth of association with the city of Orlando, as Impact has filmed at Universal for most of the companies history.

Nashville / Orlando (June 27, 2017) – To honor the 15-year anniversary of IMPACT Wrestling, a subsidiary of Anthem Sports & Entertainment Corp., the City of Orlando has declared Wednesday, July 5, 2017, as “IMPACT WRESTLING DAY IN ORLANDO.”

Orlando Mayor Buddy Dyer will present a proclamation honoring IMPACT Wrestling before taping begins July 5 for a future episode of IMPACT on Pop TV. IMPACT has filmed most of its weekly, two-hour TV show over the past 15 years on the backlot at Universal Studios Florida, dubbed The Impact Zone.

This is the first time Mayor Dyer has attended an IMPACT Wrestling show – and he’s not just attending in a mayoral role. Mayor Dyer also will serve as the “Special Ring Announcer” for two matches.

“Orlando is already known worldwide as an epicenter for entertainment, and as we have worked to diversify our economy, growing our sports-based industries has been a strong focus,” said Orlando Mayor Buddy Dyer. “Blending both entertainment and sports, IMPACT Wrestling is the exact type of event we’d like to continue hosting in Orlando. We are grateful to IMPACT Wresting for its commitment to, and investment in, the City of Orlando and look forward to IMPACT’s next 15 years of growth in our community.”

Jeff Jarrett is the founder of IMPACT Wrestling and now serves as the company’s Chief Creative Officer. He said IMPACT has been a “labor of love” since day one, and now to be honored by Mayor Dyer and the City of Orlando, “is one of the biggest accomplishments in IMPACT Wrestling history.”

IMPACT Wrestling presents Slammiversary 15 on July 2 at The Impact Zone, a pay-per-view extravaganza that will bring a standing room-only crowd to Orlando. IMPACT on Pop TV will then be filmed July 3-6 for episodes to air over the next month or so.

Bobby Lashley, the reigning IMPACT Wrestling World Champion, is one of the biggest stars in pro wrestling and also has ventured into mixed martial-arts. His opponent at Slammiversary is second-generation wrestling favorite Alberto El Patron, who has achieved crossover popularity in the U.S. and his native Mexico.

IMPACT Wrestling will return to Orlando through the end of the year as its primary production home. IMPACT’s budget in Orlando, which includes lodging, local vendors, and all other aspects of production, exceeds $7.5 million annually.

“We are so honored to be recognized by Mayor Dyer and the City of Orlando,” said Ed Nordholm, President of IMPACT Wrestling. “The City of Orlando is like a second home to many of our team. We’ve spent so many nights in Orlando over the years, most of us have our favorite restaurants – and the staff at those venues know our orders once we arrive.”

Quick Hits – PWInsider claims that The Punjabi Prison match will return at WWE’s SmackDown show, Battleground. Torrie Wilson, Candice Michelle, Lilian Garcia, Christy Hemme and Sharmell were all backstage at the WWE show last night. Mike Bennett claims that Kevin Owens advised him to wait a week before re-signing with Impact Wrestling, which allowed the WWE to offer Mike and his wife deals. Kenny Omega and Kazuchika Okada will have their third match in the G1 Climate Tournament. It will be non-title.