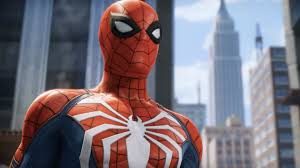 I just came up with a great idea to fix the Dark Universe. Damn, I’m brilliant.

“Spider-Man” Trilogy Coming? – It’s not unexpected to hear that “Spider-Man” will have a third trilogy (though one was aborted after two), in 15 years. Spider-Man himself, Tom Holland revealed in an interview about the current plans;

There is still plenty of room to see Peter grow up Parker and especially Spider-Man in the next two movies, and at the end of Spider-Man: Homecoming, the story is definitely not complete, I’m really looking forward to exploring how it will grow, [and to] see what will happen after puberty. Yes, [they’re] going to be exciting movies.

The point that should be made is that there isn’t a guarantee that all three films happen in the MCU cannon, as Sony plans on using Holland in their Spider-Verse franchise in a few years when the rights revert back to them. Unless a new deal is made; obviously.

Universal’s Dark Universe in Trouble – Jeff Bock of Exhibitor Relations spoke to the Hollywood Reporter on the issues of “The Mummy” and how they’re going to affect the Dark Universe going forward, saying;

I don’t think Universal’s Dark Universe will collapse because of The Mummy underperforming, but it should make the studio think twice about pumping so much money into their vastly expanding universe. There will be a lot riding on Bride of Frankenstein. And when I say a lot, I mean everything.

The issue isn’t the characters, it’s the studios. The movies look bad, seem bland, and are stale looking in their aesthetics. I agree with Bock about the expectations for ‘Bride…’ being extremely high.

Spider-Man’s Video Game – Marvel’s “Spider-Man” for PS4 has a game trailer and it’s fantastic looking. It looks like it could be fun, if not repetitive, but it sure as hell looks beautiful.