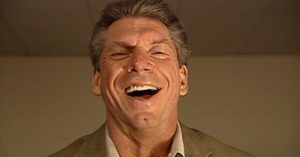 Vince McMahon Update – Sportskeeda and Billi Bhatti report that Vince McMahon was backstage at Raw this past Monday, marking the first time in three weeks he had been at the show. The site reports that McMahon missed all of the company’s shows on the West Coast, as well as the UK tour. Sources indicate that with Triple H running the show backstage, there was a more relaxed atmosphere and the writers appreciated that. The show’s storylines continued in the same direction they were headed before McMahon took his break. McMahon is known as a workaholic and it is believed that this may be a sign that he could be starting to wind down a bit. I still believe it will be a while until he fully leaves, but a sign, it may be.

Jinder Mahal Speaks – Jinder Mahal spoke with The Hindustan Times for a new interview before his WWE Championship match at Backlash Sunday night. When asked about who he would like to face next, here is what he had to say…

“I would like to face John Cena next. Hopefully, I will be WWE Champion when the time to face Cena comes.”

HAHA I don’t know about that last part of his statement, but hey, one can dream right?!

Jim Ross Update – Jim Ross has confirmed that he will be calling the WWE Women’s Tournament. Ross told Busted Open Radio on SiriusXM that he will be serving as a commentator for the summer tournament. This is JR’s latest work for the company after returning at WrestleMania. He also served as commentator for the UK Championship Special on the Network and will be calling UK Championship match at NXT Takeover: Chicago.

I for one, am personally back to see JR back with WWE in this kind of capacity.