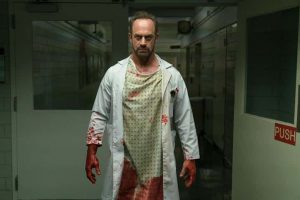 I’ve been super busy, so please go and read the rebooking of December to Dismember, and vote on how you liked it. With that being said, lets hop in.

iZombie and Gotham Cancelled? – Last night, news broke late in the evening that the future fourth seasons of iZombie and Gotham will in fact, go ahead. That’s right, both shows got renewed by CW and Fox respectively. There wasn’t much concern over Gotham getting renewed, but with Fox being unpredictable at times, anything was possible. As for iZombie, Rob Thomas was so sure he was getting a fourth season, he changed the season finale to prep for the fourth season. Looks like that gamble paid off

Did Black Lighting and Krypton Get Series Orders? – We’ve seen Freshmen sitcom “Powerless” get greenlit and cancelled in one fell swoop, but will the same be possible for SyFy’s “Krypton” and CW’s “Black Lighting”? Yes, yes we will see if they go the way of Powerless (one and done) or if they’re around for the long haul. Few details are clear about either show at the moment, but we might have to wait 9 months to see “Black Lighting”, as a mid-season replacement (like “The 100” or “iZombie”).

SyFy Greenlights Second Comic Show – SyFy already has “Dark Matter”, a comicbook adaption on their network, and they now have “Krypton” but are they going all in on the comic-genre? Apparently SyFy has ordered “Happy!” to a series order. “Happy!” will see Christopher Meloni play the main character, Nick Sax.

Patrick Fischler (Lost, Mad Men), is set to play Smoothie, Ritchie Coster (Blackhat) will play Mr. Blue aka Leonardo Scaramucci, and Zabryna Guevara (Gotham), who will play Amanda Hansen. The addition of these two comic based shows is to further push SyFy as a “fandom based” network.

Quick Hitters – Deadpool screenwriter predictably shoots down rumors of X-Factor debuting in the credits. American Gods is renewed for a second season only a few weeks into it’s first season. Wonder Woman on pace for a big opening weekend.