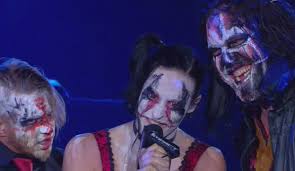 I’ve been more productive today than you, suck it Internet. Be sure to follow us on NerdCorp over on Twitter or on tumblr at NerdCorp.tumblr.com. So with that out of the way, lets do this, Space Monkey Mafia.

Crazzy Steve to WWE? – Apparently the WWE is wanting to sign everyone with any name value. The WWE reached out to Crazzy Steve after finding out Impact Wrestling wasn’t going to renew his deal. The plan is to assign him to NXT but there is no real plan as to how he’ll be used.

Mahal’s New Stable – The WWE is planning a new Indian stable with Jinder Mahal, the Singh Brothers (Bollywood Boys), and in NXT, Jeet Rama. The idea is to have the stable as a centerpiece of SmackDown heading into the India tour.

AJ Styles Update – There’s a rumor going around claiming that AJ Styles and Kevin Owen will be going at it for a long, extended feud for the United States Championship. The feud could go as long as July I’m told, but many don’t expect it to be going on come SummerSlam.

Nakamura’s Original Debut – Take this with a grain of salt (like I like to do in my coffee) but the original plans for Shinsuke Nakamura allegedly had him debuting at WrestleMania this past year as Daniel Bryan’s “alternate” to face off with The Miz. This was obviously scrapped for a variety of reasons, most of them stemming from…the fact it was just stupid. Nakmaura’s debut on SmackDown was a true highlight and surprise for the show.

Quick Hitters: Eva Marie not officially released from WWE due to apperances on Total Divas that are still yet to air. Scott Steiner returned to Impact Wrestling as Josh Mathews tag team partner at Slammiversary. Sin Cara shows off new look.