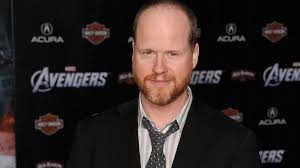 Walking Dead Promotes 3 – “Arrow” isn’t the comic book show that has plans for minor characters next season. “The Walking Dead” has confirmed that Steven Ogg (Simon), Katelyn Nacon (Enid), and Pollyanna Macintosh (Jadis) will all be promoted to series regulars next season. This means more air time and a bump in pay, as well as their names part of the opening crawl of the show.

Joss Whedon Called Marvel Before DC Gig – Kevin Feige, the head honcho of Marvel Studios, told The Hollywood Reporter that Joss Whedon called him before news broke to tell him of the decision personally, to helm the “Batgirl” film. Fiege claims to have been supportive, saying;

He called. A couple months ago, which he didn’t have to do and was super cool of him and super nice of him. And we couldn’t be more supportive. We want to see a Joss Whedon ‘Batgirl’ film be awesome.

In today’s super sensitive climate, there’s no way in hell Fiege would of addressed his real emotions if he was actually upset with the decision that Whedon made, so his words are truly hollow in my opinion. It’s a nice public sentiment but no one ever really tells the truth anymore in interviews. So why should we trust him now?

Marvel Rated R Plans? – So if you’re a critic, you don’t want DC to make gritty R-rated movies but you’re ok with Marvel doing it. To the point where Kevin Fiege had to shoot down any rumors or ideas of Marvel doing an R-rated film.

I also believe that laughter is the way you hook the audience. Then you can scare them. Then you can touch them deeper than they were expecting to in a film about a tree and a raccoon and aliens that don’t understand metaphors. Humor is the secret in into the audience’s other ranges of emotions.

The problem though is that the humor undercuts the tension and the idea that these movies somehow illicit emotions of dread and foreboding, aren’t true, as only super villains have ever died.

Quick Hitters – Justin Tipping and Joshua Beirne-Golden will be drafting the rewrite to “Harbinger. SyFy’s Krypton trailer leaks on line.