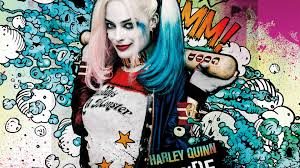 Doubling up today. Wrote this early and got it ready to go. Lets do this Space Monkey Mafia.

I don’t even know if that deal is done or not – I don’t have the inside scoop on that. But if it is done, then I’m excited about it.

I think [Whedon on “Batgirl”] super exciting. The tone of Joss’ work is great for female superheroes. He takes such a fun approach and I think he’ll have fun in the DC universe, which will be excited to have him.

New Harley Quinn Actress Revealed – Calm down…or don’t get so excited? Depends on the side you’re on, but Margot Robbie isn’t be replaced. No, however Arleen Sorkin however is the one who is getting replaced. At 61, the voice has got to be hard to do at this point, after 30 years of plying it in every medium possible. Replacing her in the Bruce Timm inspired “Batman and Harley Quinn” will be “The Big Bang Theory’s” Melissa Rauch. She joins Kevin Conroy, Loren Lester and Paget Brewster.

Preacher Promo Debuts – Preacher is an expensive show, and suffered from not-so-stellar first season ratings. For a long and hopefully complete show, the second season needs to generate buzz and they’re doing all they can with a exciting new trailer for the show. Check it out below as the road trip begins.

Walking Dead Star Wants in on “Star Trek” – With “The Walking Dead” going on hiatus, “The Walking Dead” star Andrew Lincoln wants to follow the recently departed show star, Sonequa Martin-Green to “Star Trek: Discovery”…for a cameo. Andrew Lincoln spoke highly of Martin-Green, who played Sasha on the hit show up until this past week’s episode (where she was killed off), and talked about wanting to guest star, saying;

(Sonequa)’s a very impressive woman. She will be leading that starship with the same class and fortitude. That is going to be one happy spaceship. I’d love to beam myself up at some point in some kind of Greg Nicotero special effects makeup.