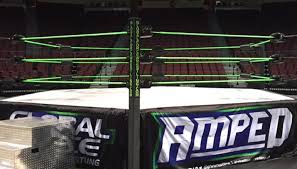 Ok, so this is being written at quarter to four a.m. but it’ll go live at 8 a.m. I forgot to post this earlier. I was eating and making/finishing my homemade broth and then I had to watch RAW because, you know, reasons.

Merger Happening? – Jeff Jarrett was interviewed by David Penzer, former Impact Wrestling-TNA/WCW ring announcer and they had a cool littler conversation. Jarrett brings up his experience at WrestleMania XI, retaining the Intercontinental Championship over Scott Hall (losing by DQ), and hypes up the weekend. However, the interesting note was when David Penzer brought up Global Force Wrestling. In the interview, Jarrett notes that “day by day”, Impact Wrestling and Global Force Wrestling are becoming one.

This isn’t that surprising, as Global Force’s colors have already been integrated into the Impact Wrestling colors. This also explains the influx of GFW talent like (spoilers) Magnus, Chris Adonis, Reno Scum, Kongo Kong and others joining the company.

WWE Network – The WWE announced that, while they had several hundred thousand new additions thanks to the free subscribers, they’re not expected to stick around. Why would they? They saw the pay per view they wanted. The really funny note is that the WWE only saw an increase of 100,000 new paid subscribers. The WWE were desperate (and needing) that 2.0 million paid mark, and they fell way short.

Paige Pregnant? – Chalk this up to Paige being crazy. Apparently she thought the idea of a “April Fool’s Prank” was a good idea. This weekend, Paige revealed that she was pregnant or at least hinted at it. Eventually she’d cop to the “prank” a few days later, blaming her now husband, Alberto El Patron.
Classy.

Quick Hits: Finn Balor, Kurt Angle, Drew, McIntyre, The Hardy’s and The Revival all returned/debuted this weekend in some capacity this weekend. WWE claims The Hardy’s has completed their Expedition of Gold. NXT Takeover: Chicago, on May 20th before SmackDown’s Backlash.