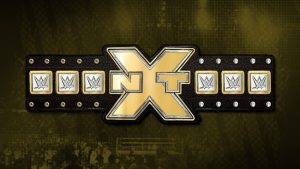 New NXT Title Belts – Wrestlezone.com reports that NXT General Manager William Regal announced at today’s WrestleMania Axxess events that he is set to present the winners of tonight’s NXT TakeOver: Orlando matches with new title belts. It is always good to see changes in title belts so I am excited to see the new designs and see the title matches unfold.

Women’s Tournament Update – WWE.com and Triple H have officially announced the long-rumored WWE women’s tournament. The upcoming tournament will feature 32 of the top female competitors in the world, and it will kick off this summer. The tournament will be broadcast on the WWE tournament.

The tournament was announced today during the WWE Reimagined presentation at a business partner summit in Orlando, Florida. The tournament will feature competitors from 17 countries. NXT Women’s champion Asuka, Smackdown Women’s champion Alexa Bliss, and Raw Women’s champion Bayley were all on hand for the announcement, alongside WWE executive Triple H and Chief Brand Officer, Stephanie McMahon. I am sure a ton of the women’s talent at the PC as well as other international talent will be brought in and possibly signed. I am STOKED to see this is real and will be happening sooner than later.

Wade Barrett Speaks – Hannibal TV spoke to Former WWE Superstar Wade Barrett at WrestleCon this week, and he commented on where he’s been since leaving WWE. Barrett said he wanted to take a break from the business and wanted some time off. Here is what he had to say about that topic…

“I decided to take a year off. I was pretty unhappy with WWE when I left there, so I wanted a little bit of a break from the business. So I’ve been doing some acting, some appearances, some other stuff, some travel, and generally enjoying myself.”

When asked about returning to the ring, he also had this to say…

“Yeah 100%. I needed to take some time away, I wanted to leave it until I actually missed the business, until I came back and I feel like the past few months I’ve really been missing it, so I’ve been speaking to some people in The UK. You’ve got WCPW, I’m doing a lot of talk with them over in April, and we’ll see where it goes from there.”