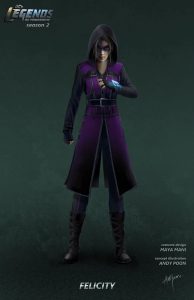 Front Runners for Cable? – It appears as both Brad Pitt and Michael Shannon (Zod) are both in the running to play the time traveling “space cop”. Pitt was used in concept art for the character, while Shannon was recently tied to the character and was apparently, at least recently, the favorite to land the role. However, with Domino, there is no guarantee the name getting suggested will be the name we get. After all, all the rumored names for Domino were either untrue or not at the top of the list.

Power Ranger’s Future? – The future of the Power Rangers franchise could see them sticking around for…seven films. That’s right, many on the franchise believe there’s many more films to be made and the idea is to finish it out in seven films. Like Harry Potter…. The problem is the first set of reviews for the first film weren’t great and many fans will be left disappointed with some of the reveals. We’ll we get to seven? Um, we’ll we even get two? The sequel is expected to be the Green Ranger saga, if it gets made at all.

Green Arrow Movie Update – When asked by a reporter at a press junket he (Charlie Hunnam) would ever play the Green Arrow or any other super hero, he responded by saying;

I didn’t grow up a comic book fan and I haven’t really seen any of those Marvel films or the Batman films. It’s just not really my taste. I must confess I don’t really know who the Green Arrow is. It’s not part of my vision for my career or what I aspire to.

While that’s all well and good, it’s not like you’re making Citizen Kane or The Castaway. Maybe consider it.

Quick Hits: Reverse Flash returns to The Flash series in latest issue. Because the show sucks a lot right now, but not completely, Legends of Tomorrow wants to eliminate all doubt by putting Felicity in the show next week as a costumed hero. Early rumors have her taking the name “Spoiler”. Jimmy Palmiotti’s “The Pro” to get big screen adaption from Paramount Pictures.