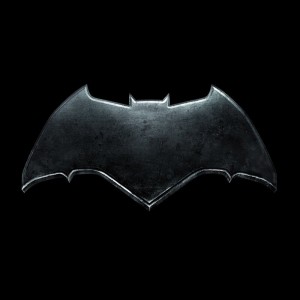 Hello Space Monkey Mafia members, looking at the comic book news today has me scratching my head. Let’s find out why.

Batman Rewrite – According to reports, “The Batman” will not only be delayed until 2018, but current word has it that the script is getting a complete top-to-bottom rewrite. Part of the delay is that Matt Reeves is still finishing “War for the Planets of the Apes”, which isn’t expected to be done until June. No word yet on if Geoff Johns will rewrite the script yet for the new Batman film.

Power Rangers Cameo (Spoilers) – We heard from a lot of the former Power Rangers cast over the last year about the lack of involvement they had with the upcoming film. A lot of ex cast members of the original Mighty Morphin saga expressed an interest in coming back for a cameo. Well, according to one report, there is in fact two cameos in the film. Apparently Amy Jo Johnson and Jason David Frank, who played the couple of Kimberly and Tommy respectively, will appear as citizens of Angel Grove, this straight from Dean Israelite’s own mouth. There are rumors that the end credit scene will reference or outright include the “new” Tommy, hinting at his arrival in a potential sequel. We’ll see if that ends up happening.

Major Marvel Star Done? – Chris Evans has a six-film contract, and most often he cites wanting to not only walk away from the role, but acting in general when he fulfills his contractual obligations. However, comments in Esquire have again hinted at the involvement of his retirement from the role, saying;

Settling in on the couch, he groans. Evans explains that he’s hurting all over because he just started his workout routine the day before to get in shape for the next two Captain America films. The movies will be shot back to back beginning in April. After that, no more red- white-and-blue costume for the thirty-five-year-old. He will have fulfilled his contract.

The films they’re referencing to are the upcoming “Avengers: Infinity War” and it’s sequel, which will involve and revolve around their battle with Thanos.

Iron Fist Actress Defends Finn Jones’ Casting – There was a lot of backlash surrounding a white actor being cast to play a white character, when Finn Jones was cast as Iron Fist in the upcoming Netflix series. As dumb as it may sound, the idea of an “Asian” playing a character that knows karate didn’t at all sound like stereotyping to some. Go figure. However, one person who’s all on board with the Jones-as-Danny-Rand hype train is co-star Jessica Henwick, who defended the casting choice. Henwick who is both English and Chinese (by way of Singapore), went on to use her own experiences to defend Jones, saying;

Look, I am Asian. I am Asian and I am an actor. If anyone understands, it’s me. I have faced it in my career. I’ve been working eight years and I’ve experienced it firsthand, the disparity when it comes to Asian representation — even more than that, Asian misrepresentation. But I also have seen what Finn’s done in this role and I honestly, honestly think that he smashes it out the park.

While I’ll address what I’m calling “Marvel Burn Out” in regards to the Iron Fist show reports, I think the criticism for the casting was a stretch to the highest degree. It’s literally inventing a problem to get angry about. There are bigger issues in this country than Finn Jones playing a white guy. Settle down people.