Welcome to the latest installment where we take a look at my back catalog to see what games have peaked my interest over the past week. Today we have a roguelike( or lite, never sure on that) platformer with a unique sense of style, an action platformer that definitely lives up to it’s name, an arcade space shooter that feels oddly familiar, and a disappointing first person game that did nothing with the license it was given. So without wasting any more time, let’s find out What I’ve Been Playing.

Disclaimer: Tachyon Project and Fury Unleashed were sent to me for purpose of review.

Right out of the gate, this title has my attention. A platformer with roguelike elements, taking place in a comic book style setting, seems like a winner right? Well, in this case, the answer to that question is a simple one, yes. Gameplay here feels tight, responsive, but most importantly, fun. Music is nothing special, but for setting the tone of each stage, it does it’s job well enough.  Combine all of this with an impressive amount of replay value and customization options, and you have the makings of something that anybody looking to do just what the title implies should have no problems doing just that, check it out. 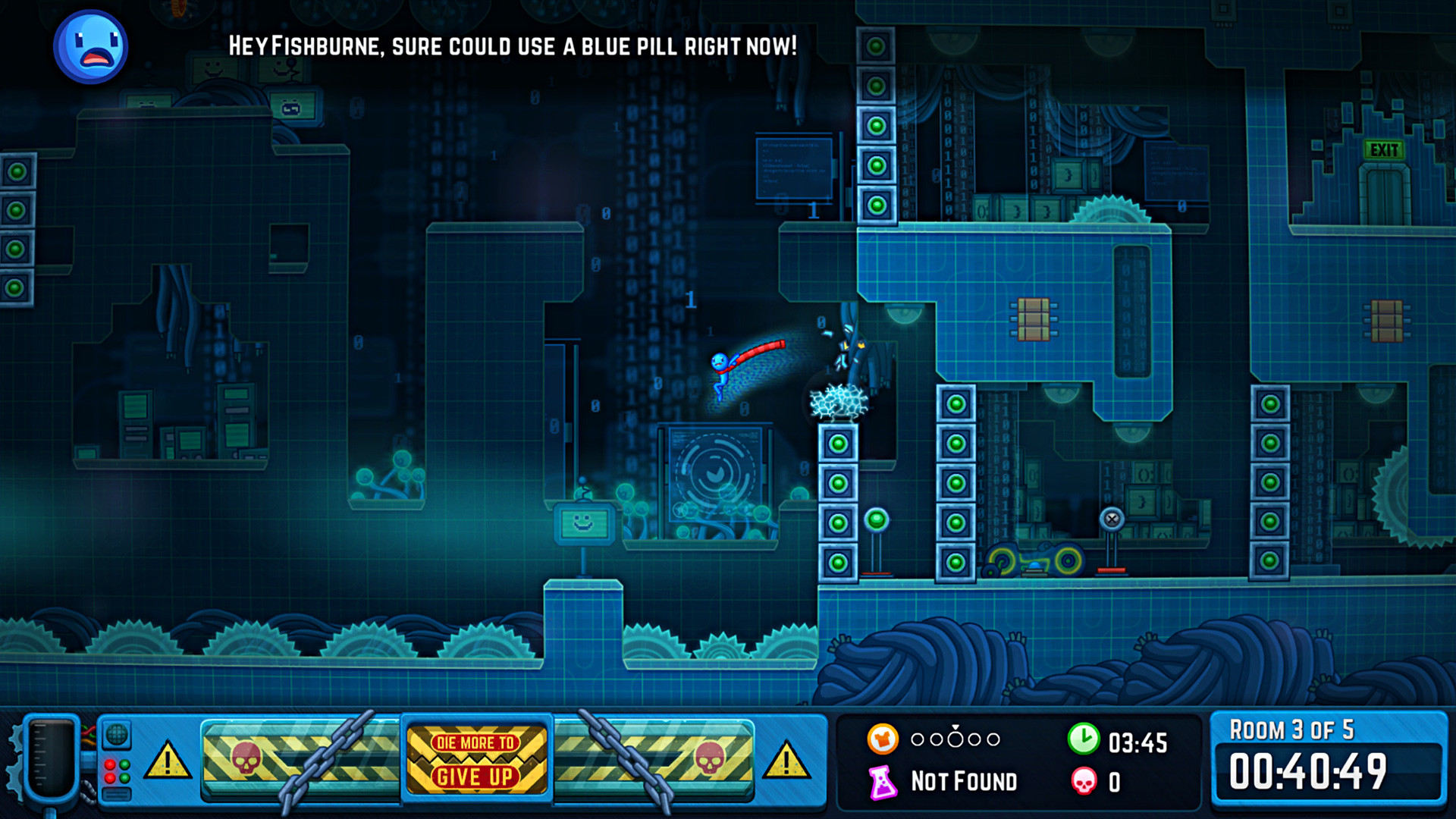 Never surrender, sorry, couldn’t help throwing in a reference to one of my favorite movies, it would have been beneath me not to do it. That being said, this one intrigued me quite a bit, primarily because of the approach to level design. One stage that evolves over time, instead of multiple stages split out across one world is an interesting concept that thankfully makes the game unique in all the right ways. Gameplay here is very easy to wrap your head around, jump, double jump, slide, and avoid obstacles to get to the end of a stage, then rinse and repeat. Music is decent for the most part, but the voice acting has a self aware sense of humor that I’m a huge fan of, and is the true standout for anything audio related here.  The only thing I would say is that the difficulty at times can be unforgiving, but if you can work around that, fans of the genre should not pass this one up,  as it is truly something special. 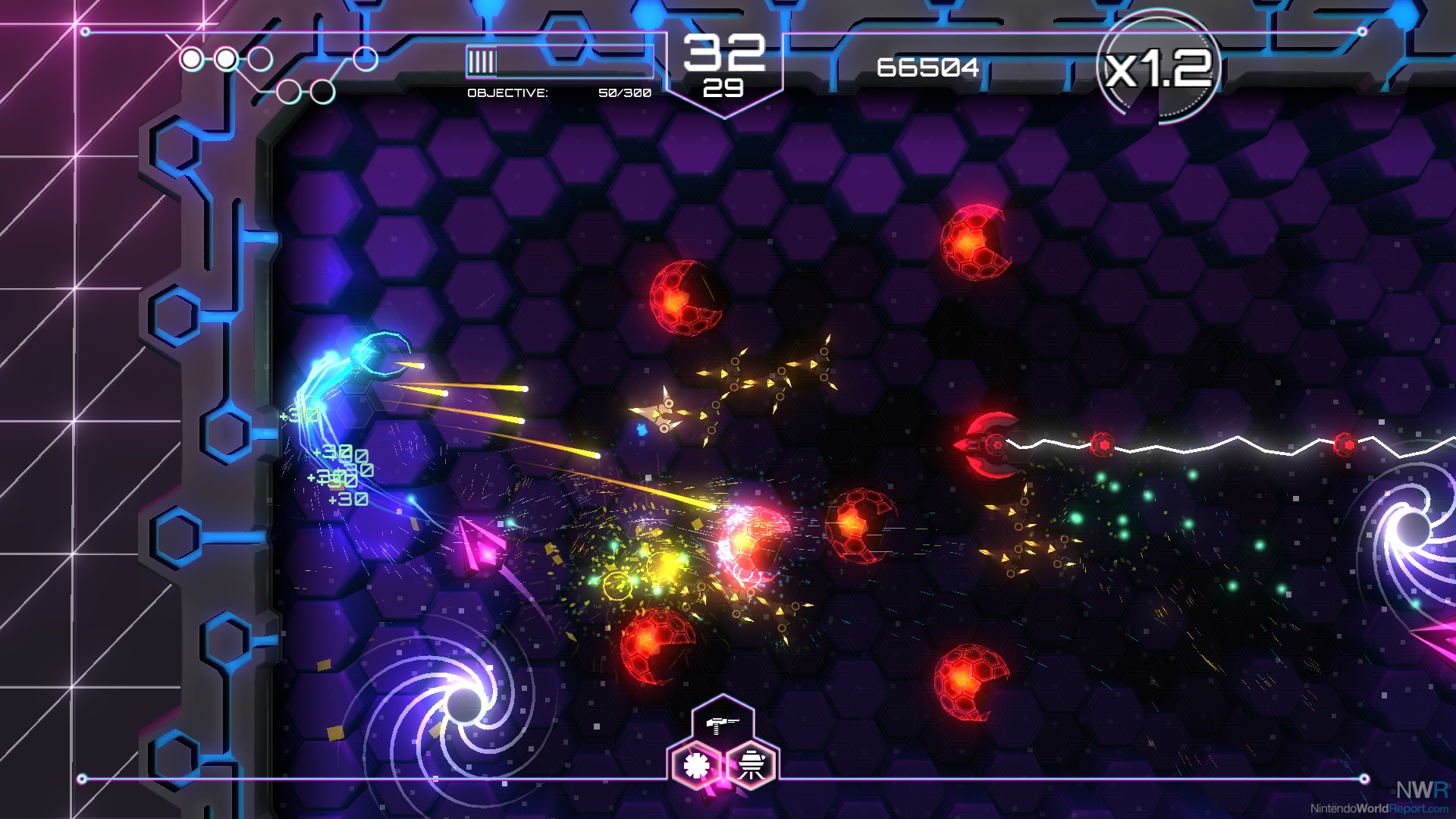 Have you ever had one of those moments where no matter what you do, you just can’t help comparing one thing to another? Well, I experienced one of those when playing this game, as I just couldn’t help thinking the entire time I was playing this that it felt just like one of my favorite arcade experiences from back in the Xbox 360 days, Geometry Wars. Don’t let that deter you though, because what we have here is something that is not only just as fun as that series ever was, but also has enough unique qualities to stand out on it’s own as well. Gameplay is fun, addictive, and surprisingly deep when it comes to the variety of enemies, as each one presents a new challenge as to how you approach them. Music is spot on too, with each track keeping me pumped up and excited while the oncoming onslaught was ready to take me down. My only issue is that things can get a little overwhelming at times, leaving you with almost no space to move around certain stages. Keeping that in mind, anybody looking for that old school arcade shooter feel on the cheap should give this one a try, it’s a blast. 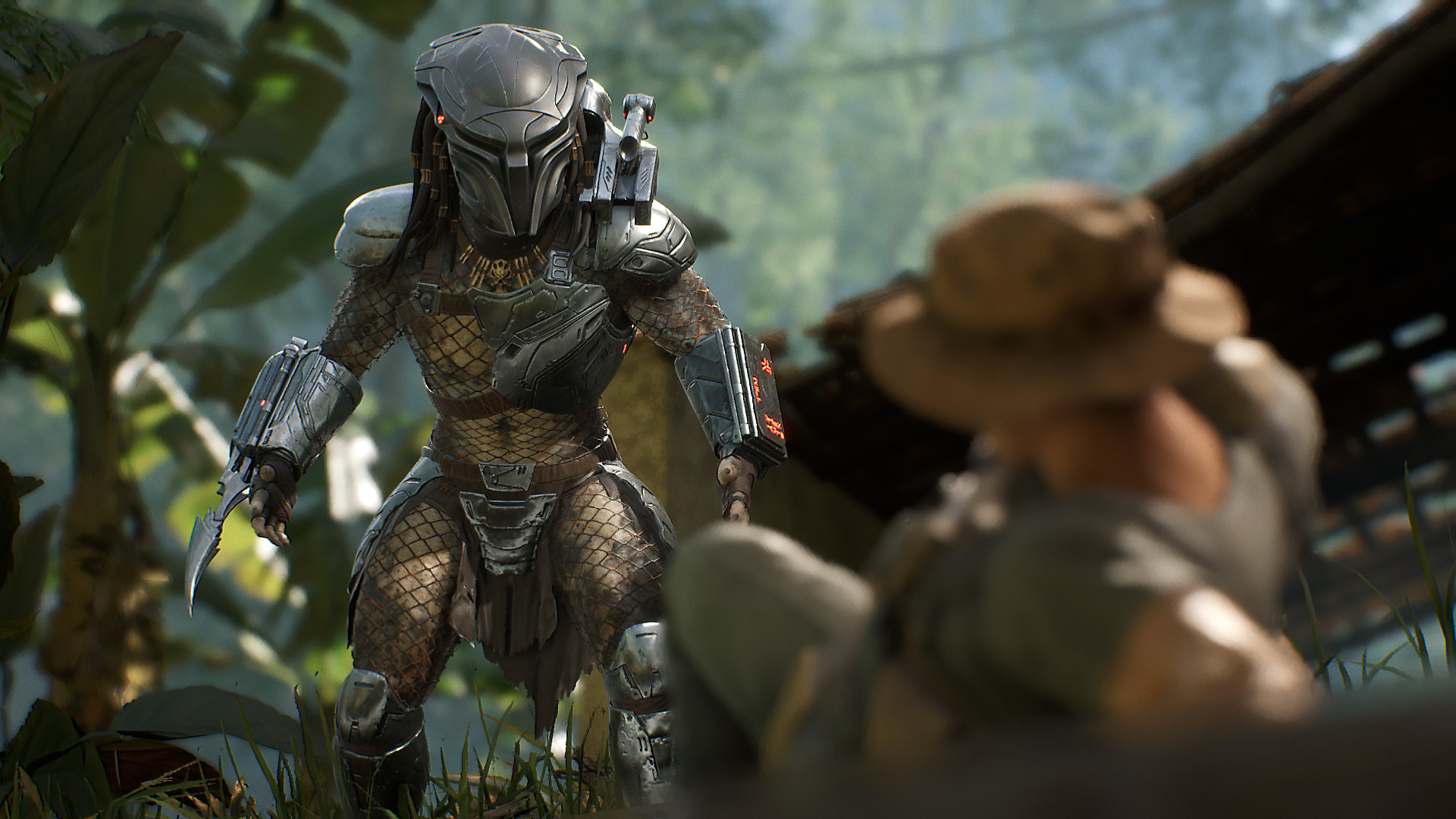 Let’s move on now to what will be the first time in the series that I end things on a low note, but trust me, despite being in a genre I have mixed feelings about, this game earned that, let’s call it honor in every way you can possibly imagine. Right out of the gate, the mechanics are broken, especially the shooting, it is highly inaccurate, and the at times chugging frame rate doesn’t do you any favors either. For some strange reason too, the human characters are more powerful than the Predator, and coming from the developer who made Jason Voorhies a dominant figure in their last game, that’s a huge misstep. Audio presentation is nothing to write home about either, with the sound effects from the predator being the only stand out, but certainly not enough to make it memorable overall.  After about a handful of matches as both characters,  I had enough of this one, and until things are balanced out and improved with future updates, I suggest you do the same.

The rest of my highlights for this week include trying to remember how to play certain card games in Just Deal With it, playing a budget contra inspired title called Biolab Wars, enjoying a unique alternative to pong in Ding Dong XL,  having a relaxing time with my family playing Super Mario Party, and playing a burnout themed mobile title called Adrenaline Rush Miami Drive.

Pick of The Week: Fury Unleashed

Not much of a surprise here as this one easily  stands out among the rest. Everything here, from the sense of style, solid mechanics, loads of replayability, and addictive, but also rewarding gameplay, makes for one of the most enjoyable indie titles that I’ve played in a long time.  It’s impressive to see that with a little bit of imagination and creativity, developers can make something truly special.