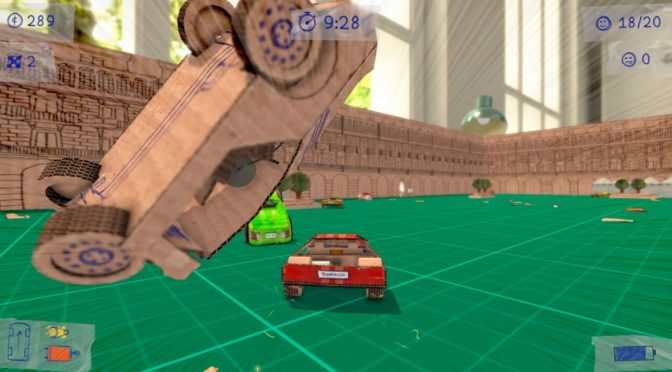 It’s that time once again for a long overdue version of a segment where we take a look at what games have peaked my interest over the past week or so.  This installment includes a cardboard demolition derby, a space invaders inspired first-person shooter, a first person horror title involving a baby (not kidding), a disappointing entry in a series I’ve been a fan of for a while, and a life simulator that is as addicting as it is charming. So now the time has come to ask the question, what have I been playing?

Disclaimer: Concept Destruction and Super Destronaut Land Wars were sent to me for purpose of review.

Ever wondered what would happen if you built some cars out of cardboard and then they came to life to destroy each other? Me neither, but apparently someone was crazy enough to turn this crazy idea into a game. To start things off, the gameplay itself is solid, driving controls are tight and responsive, but they do change depending on how much damage you take. It’s nothing to ruin the experience, just something to be aware of.  Music is decent for the most part, with a heavy metal inspired soundtrack fitting together really well with the onscreen action. Add in an actually decent upgrade system, along with some cool visual choices for car damage and level design, and you have the makings of a great stress reliever that could be a blast to play with a group of friends, check it out.

This is a weird one for sure, a space invaders inspired first person shooter (again, I’m not kidding).  As far as gameplay goes, not going to lie here, while the shooting itself is solid enough, the lack of a lock on mechanic makes it hard to rack up combos to obtain the highest score possible, and since the name of the game is to do just that to progress to the next stage, making progress becomes a chore to do at times. Honestly on the music front, the tracks provided here do add to the overall vibe decent enough, but they aren’t memorable in any way at all. There is a nice attempt at replayability with multiple modes and leaderboards, but when they amount to nothing more than using a different weapon for a limited period of time, the idea sort of falls flat on it’s face. For a one off experience it isn’t bad, but for a long term investment you might want to look elsewhere, because this is not what you’re looking for.

Yet another weird (and honestly disturbing) concept seems to rear it’s ugly head here, a first person survival horror title experienced from the perspective of a baby. Sadly, when the unique idea wears off, what you’re left with is something that is ridiculously short and feels uninspired. Gameplay is clunky, even with the added idea of making it that way on purpose to fit the theme, still doesn’t excuse the rigid controls and horrible camera that will fight you to no end to make things even more difficult. On a somewhat positive note, the music and audio presentation is actually decent, and does it’s job well in creeping the player out. The short length with an ending that feels like everything you worked for means absolutely nothing leaves you with an empty feeling inside, and just goes to show that sometimes a great idea just needs a little more polish in order to make it into something truly special.

Man this is a tough one, especially considering the fact that it comes from one of my favorite genres in gaming, racing. Honestly, in almost every aspect, this title is a straight up disappointment. Gameplay is up first, and instead of  the driving mechanics feeling tight and responsive, what you’re left with are controls that are all over the place. Music isn’t bad, and actually has some decent hard rock tracks thrown together to keep the energy level high, but the sound effects for everything else are pure garbage. A lack of fun variations to the main racing mode, or different track designs to change things up, aside from racing in a open area, doesn’t make for much of a reason to come back for multiple playthroughs either.  Fans of the genre should look elsewhere, because this game just doesn’t make the cut. 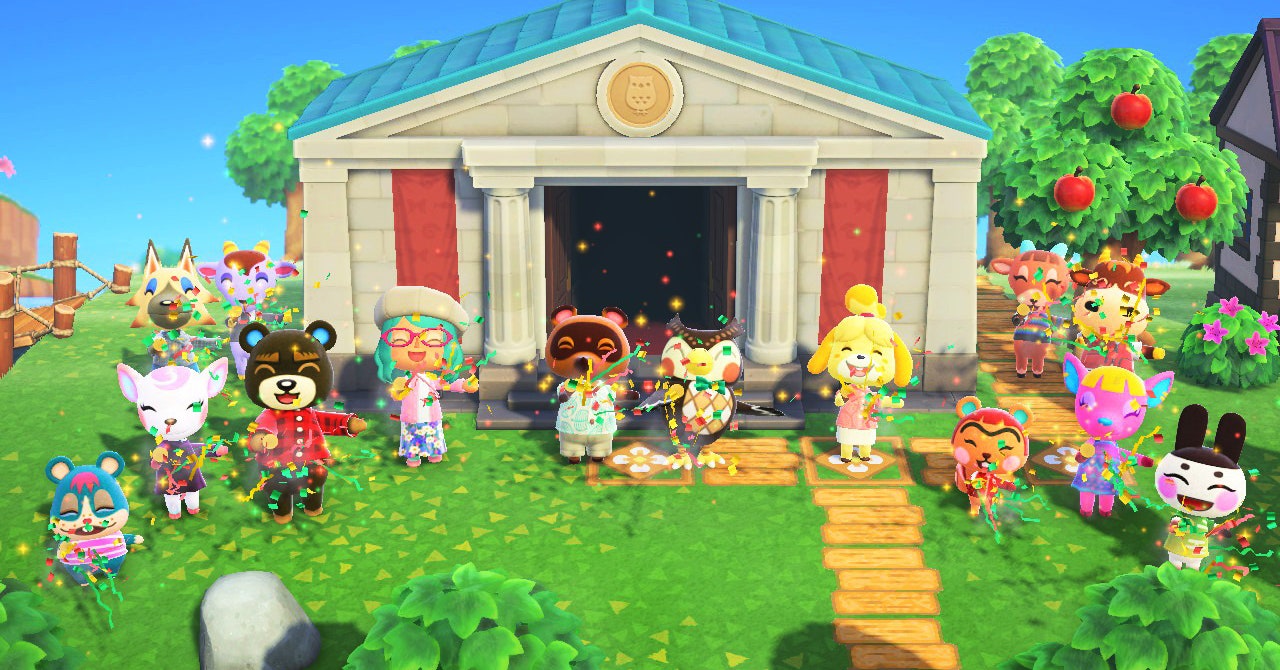 Took a step out of my comfort zone for once  to try something a little bit different, and honestly, the curiosity was worth it. Gameplay here is simplistic, but addictive in the fact that everything you do is progress towards earning something better in the long run. Music and sound effects are calming and relaxing as well, and put you into a zen like like state where you could zone out for hours on end. Throw in a wonderful online community where people are always willing to help out each other, along with enough replay value to last you a lifetime, and you have a great game from a beloved franchise that I will be playing for many months, if not years, to come.

The rest of my highlights for the week include some classic board game fun in Hasbro Family Fun Pack Conquest Edition, actually making it into the playoffs in NBA 2k20, and exploring a system I’ve never played before with the Turbografx-16 Mini.

I’m as surprised as anyone else here with this decision, especially considering it coming from a genre of gaming I usually tend to steer away from at all costs, but the addictive and relaxing nature of the whole experience easily made it to soar to the top of the list this time around. Hopefully the game won’t make me miss this segment for another month in the future, guess only time will tell on that one right?