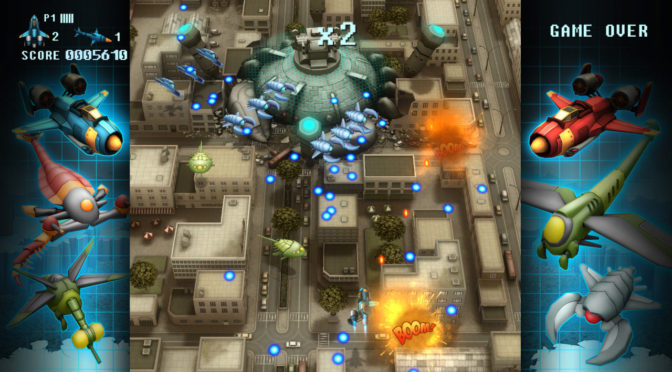 It’s that time once again where we take a look into my video game playlist and see what uninteresting titles have caught my interest over the past week or so.  Our entries today include a fun horizontal shooter, a kart racer with lots of potential, a dungeon crawler inspired by a beloved NES franchise, and a beat em up from a franchise I’d never thought would even have a game at all. Welcome to the latest installment of What I’ve Been Playing.

Disclaimer: Knightin+ and Super Toy Cars 2 are the games I received for purpose of review.

This is about as simple of a setup as you can expect, aliens have invaded earth, and it is your job to stop them. Visuals on this one are rather simple in terms of design, but they do have a nice color palette to make them pop off the screen. Gameplay here is straightforward, accessible and simple, one button to shoot, one to use bombs, and use the left stick to move. That being said, nothing too exciting happens here, even with the boss fights, it lacks any sort of challenge at all.  Music is pretty forgettable for the most part, with only a few tracks looping over and over again, which left me wanting more honestly.  If you keep your expectations in check here, you could have a couple mindless hours of fun with this one, but not much more than that.

Platforms: Xbox One currently, PS4 and Switch at a later date

Anybody who’s ever played with Matchbox or Hot Wheels as a kid will get a kick out of this one. Super Toy Cars 2 takes this inspiration as groundwork for a racing game that has  the potential to be something truly special, but still needs some minor tweaking in certain areas in order to get things right. Visuals here are crisp and clean, and the track designs are highly creative, and have some impressive amount of interaction within them as well. Gameplay is great for the most part, with my only issue being the over emphasis on drifting, other than that though, it’s a lot of fun to play. The soundtrack here is great,  adding a fun playful vibe to the action taking place onscreen.  My two biggest issues  are that the frame rate at times dipped into unplayable territory without warning, and there’s no matchmaking for online play.  Despite all of these complaints however, for the price, this is a great Mario Kart alternative for families, check it out. 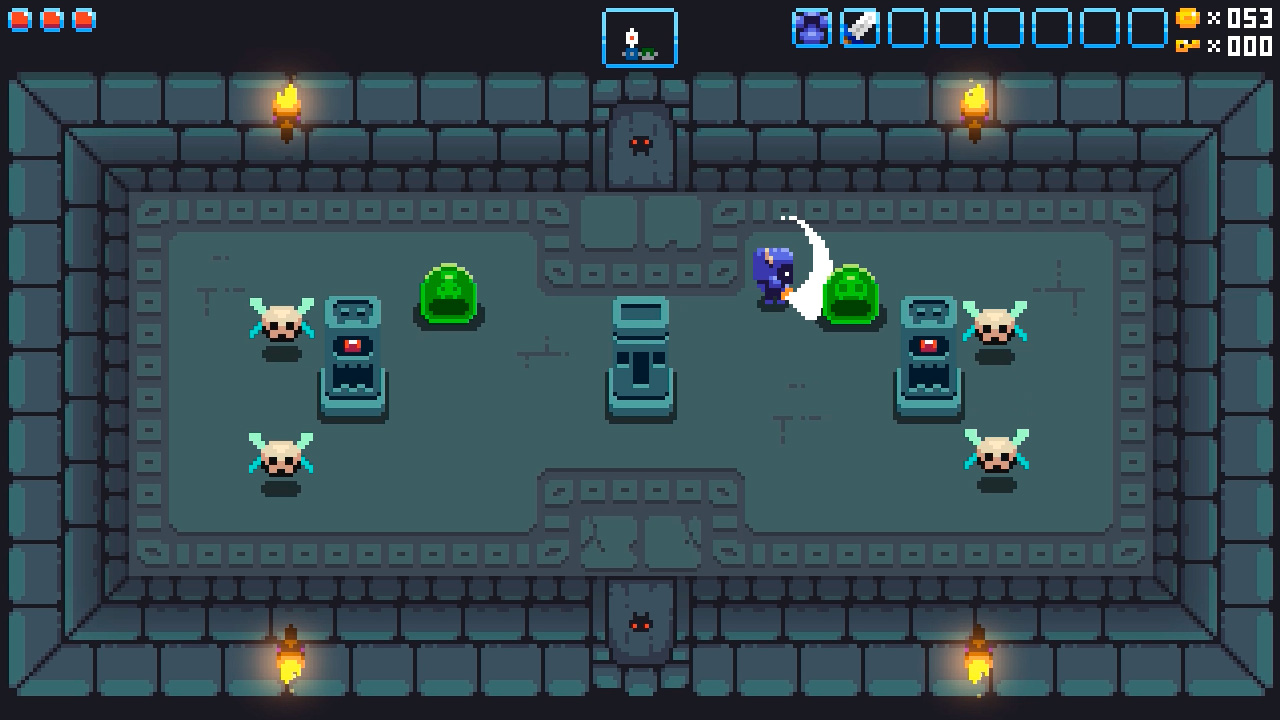 Platforms: Xbox One, PS4, and Switch

What do you get when you take a dungeon crawler, sprinkle in some a familiar NES staple, and top it off with some Indie inspiration for characters and setting, you get Knightin+. Visuals here are simple as far as the designs of the dungeons go, but the animations and amount of interaction going within them, just like I mentioned before with Super Toy Cars 2, are something truly special. Gameplay as far as functionality goes is rock solid, and the increase in challenge over time adds a decent amount of strategy as well, especially with the boss fights. Music here is ok and sets the mood for each dungeon you explore, but sadly nothing stood out to me here. If you need that Zelda fix, and can’t afford the price of something like the Link’s Awakening remake, give this one a shot, it might just fill that void for you. 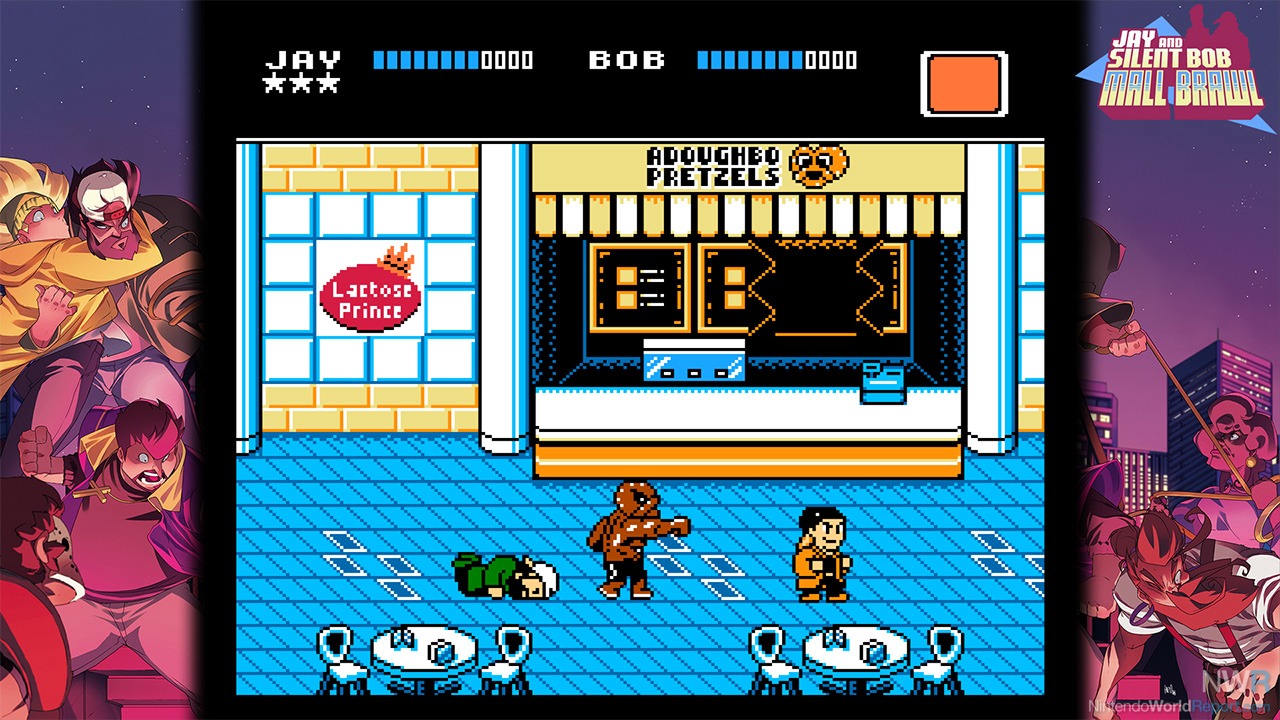 Platforms: Switch and PC currently, NES and other consoles at a later date

Genre: Side Scrolling Beat Em Up

This one has been on my radar for a while, primarily because I’m a big fan of these characters, and anything to do with the view askew universe, especially in a format such as this, definitely has my attention. Everyone’s favorite stoner duo Jay and Silent Bob are trying to escape the mall to get back to the quickstop, and they will take down anyone that stands in their way in order to make that happen. Visuals here are on point with beat em ups of the era, and have a high amount of personality to them. Gameplay is tight and responsive, but can get quite challenging depending on the enemies you fight, and the genre changes at times to reference other popular gaming franchises was a nice touch that I didn’t see coming. Music is upbeat and fun, and does the best it can with the limitations of the era to be enjoyable, and it succeeds for the most part. This is a game made by fans for fans, and since that’s all it was intending on being from the beginning, I’d call this little experiment a success, check it out.

The rest of my playlist includes my continuing effort to take the Cavs to the playoffs in NBA 2K20, trying my best to navigate a platformer with iffy controls in Shiny, and trying to complete the boss rush mode in Streets of Rage 4.

Pick of The Week: Jay and Silent Bob Mall Brawl

Without question, this nifty little licensed game takes the cake for me this time around.  The sense of humor, game references, and solid gameplay just all came together to create a tight cohesive package that I could see myself playing over and over again for a long time to come. For all of these reasons and so much more, my pick for the week could not have been an easier decision to make.