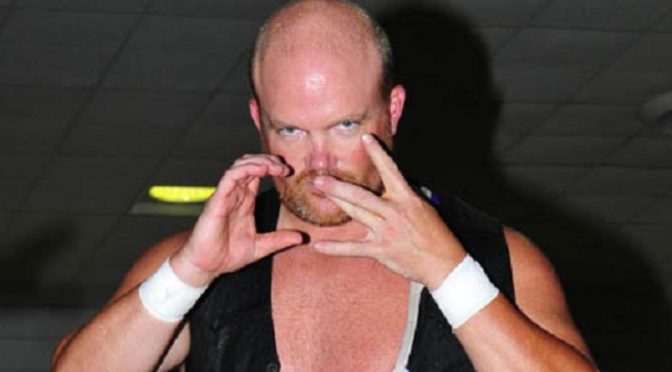 C.W. Anderson is a legend that has never gotten his fair shake and it times that change thanks in part to the NWA and their television show.

C.W. Anderson is a name many of you will now knwo thanks to his return turn in the NWA. That’s a good thing, but everyone needs to know that this should’ve happened a long, long time ago.

Anderson was an ECW veteran back in the day. His biggest feud was with Tommy Dreamer in 2000, where the two men were just so brutal during their matches. He was such a catch, but for whatever reason when ECW closed, no one wanted him.

He was signed by the WWE in 2006 to work for the revived ECW brand but the brand never truly got off the ground as it was orginally constructed to and the talent signed for the promotion were fired at the turn of the new year.

For whatever reason, despite Anderson being a good hand, even then fledgling TNA didn’t want to pick him up. He wrestled only twice for TNA from 2004-2010; and once was on the then regionally syndicated TNA Xplosion. So most fans didn’t even see him the first time.

Between all of the televised promotions from 2001 to now, and not counting the NWA, Anderson has only been featured on television five times. This isn’t a guy with a bad reputation, as he always gets invites to work the big reunion shows, or the big convention events. He’s got a long tenure in Japan through Zero-1 that he did very well with. He was part of MLW’s first go around in 2003, but for whatever reason no one ever thought enough of him to bring him on full time.

He’s one of the better brawlers of all time, and his adoption of the name Anderson is pretty spot on. He looks like Arn Anderson and Chris Bauer had a child together His spinebuster is peak quality and the general vibe about him is that he’s going to put guys over and make sure the match is as good as possible. Why wouldn’t you want him on your staff?

So now he’s with the NWA. Hopefully either full time or as a regular figure. Fans should see just how good he is, despite being 48. Maybe then they can have a true appreciation for his talent, because fewer guys deserve to be celebrated and respected more than Anderson.