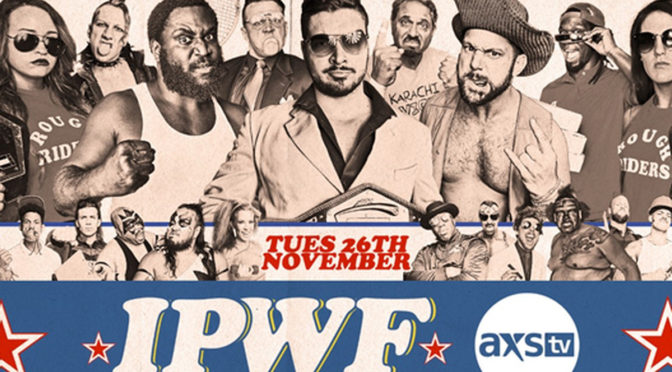 IMPACT’s IPWF was a hit over Thanksgiving, but the question becomes should there be a sequel in the weeks or years to come?

I write this post watching Xplosion. Can we just say how great Johnny Swinger is? It seems like Swinger was the basis for this little experiment. Originally intended to just be a live event, IMPACT opted to turn it into a t.v. special and aired it on Thanksgiving week, a time when ratings are usually down due to the holidays. Thus IMPACT Provincial Wrestling Federation was born.

With Swinger’s whole “stuck in the ’80s” gimmick, it makes sense that he inspired this whole thing. Admittedly it was a lot of fun, though I wouldn’t watch it every week. We already have that in NWA’s Powerrr, and that’s enough for me. That said, the question is around the decision to bring it back or not?

It trended on Twitter, got fans talking, and made a mark with its retro style but let’s be real, that type of buzz would only exist for a few weeks consecutively. Yet, once a year? Maybe.

The content could be a great once-a-year showcase for fans to do something different. Make it a Thanksgiving week type of special and fans will get all in on it. I would like to see it somehow get woven into the tapestry of the long-form storytelling, maybe move it to Halloween week and admit that they’re all just playing games and such. That’s a personal preference, one that I know others don’t like.

There’s so much there to dive into in subsequent episodes, like Rhino and Tommy Dreamer’s characters, as well as the inevitable new debuts on the roster throughout the year being involved. Who knows who could be on the roster come November of 2020. I don’t. No one does. Maybe John Cena could be in IMPACT, who knows? What could he do? Or what if IMPACT brings in David Flair? Think of the ridiculousness that could come from something like Flair being involved in this.

If it stays to a one-time-a-year thing, then bring it back. Just don’t go overboard. This is a niche product inside of a niche product. Play to the base and don’t get slap-happy with the success of the experiment.