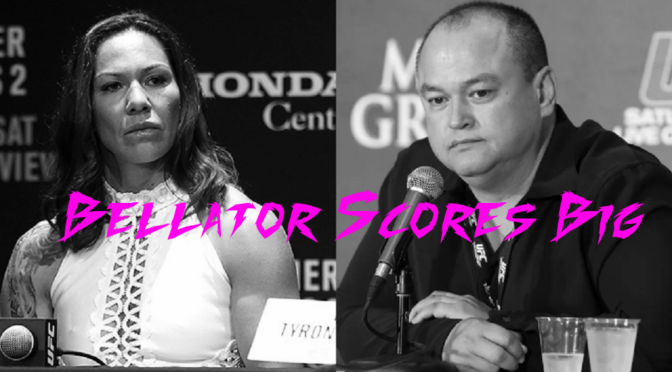 Bellator is continuing to make big moves, and this one isn’t any different.  In an attempt to eat away at more of the UFC’s market dominance, Bellator has signed top featherweight fighter, and former UFC, Invicta, and Strikeforce Women’s Featherweight Champion, Cristiane ‘Cris Cyborg’ Justino.

After falling out of favor with Dana White, Justino has agreed to terms on the “largest of its kind in women’s MMA history.”  She reunites with former head of Strikeforce, Scott Coker who has made great strives in building up Bellator’s talent pool.  One of those names that Coker has brought to prominence is Julia Budd, who sits atop the Bellator Women’s Featherweight division as champion.

Despite what the UFC’s Dana White and typical MMA fans will tell you, Coker has always been a better talent evaluator than White.  Most of his champions in Strikeforce dominated in the UFC over the last ten years.  Bringing in Cris Cyborg into Bellator will bring more eyes to the product, which means highlighting new stars and giving fans new people to invest and root for.

Cyborg could very easily find herself against Budd in one of Bellator’s few super-fights, but it’d make more sense to put Cyborg against someone like Olga Rubin or Janay Harding first.  That way you can milk the Cyborg buzz for all it’s worth.