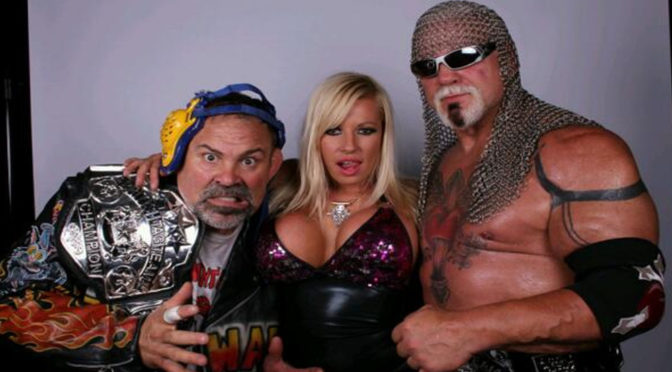 There is a generation of wrestlers whom I’d describer as ‘pencil-neck-geeks’.  They exist to “subvert expectations” (like taking wrestling seriously) and to clown around for clicks because “they’re so cool”.

Well a reckoning may be coming for those dweebs, as Johnny Swinger has revealed that the son of Rick Steiner and the nephew of Scott Steiner will be transitioning into pro wrestling as soon as his 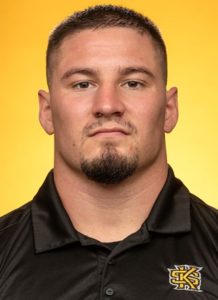 collegiate career is over.

Swinger claims that he’s training Bronson Rechsteiner and there are high expectations for him.  Why shouldn’t there be? Coming out of high school he was recruited by Division I schools for football, including Akron and Army.

The 6’0, 230 lbs running back/linebacker prospect from Kennesaw State is entering his senior year with the Owls, and looks to start at running back.

The former Georgia Class 6A State Champion in the 220-pound weight class is coming into pro wrestling with huge expectations, as Johnny Swinger so glowingly described Bronson;

I’m getting ready to train Rick Steiner’s son, Bronson. He’s been wanting to do it for a few years now. He’s finishing up college. He’s going to be the next big thing. He really is. He’s about 6’1… He was a state champion. He’s playing football for KSU right now. He’s going to be a stud, man!

It’s clear that Rechsteiner will wait until after his collegiate career is over before pursuing pro wrestling.  With the linage of his family, he’s sure to be a natural and it’ll be interesting to see just how quickly he picks it up.

This reminds me of the time I did a write up of a Georgia Tech senior Nose Tackle way back in my college days, describing this multi-generational offspring as a potential huge get for the world of wrestling should he get picked up.  That man was Joe Anoa’i, aka Roman Reigns.

Generational stars these days have better opportunities to make it as opposed to years past.  Charlotte Flair, Tessa Blanchard, Marshall 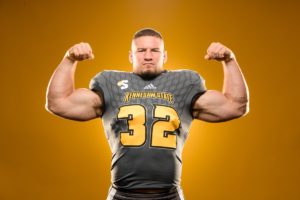 and Ross Von Erich, Brian Pillman Jr., Davey Boy Smith Jr. and a multitude of others are earning their own stripes.

if Bronson Rechsteiner does fully transition into pro wrestling, with his collegiate background and state champion wrestling skills, he’s sure to make a mark in the world of pro wrestling. How could he not? All he needs is to stay clean, healthy and ask Uncle Scotty for promo advice.

What could go wrong?