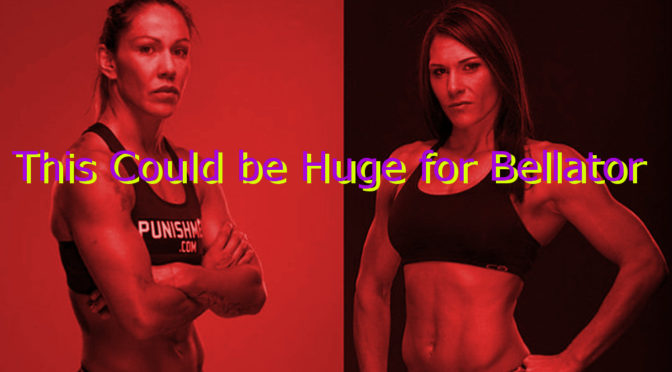 In anywhere from a few short days to a month or so from now Bellator, ONE or even Rizin could land the biggest free agent crop of female talent there’s ever been on the market at one time.  Yes, all three are varying degrees of skill level and popularity but all three TOGETHER would be the biggest coup any promotion has secured at once in all of women’s MMA history.

Not since the UFC acquired Strikeforce and subsequently Ronda Rousey Rousey has there been a female acquisition so anticipated as this current crop of talent.

Cris Cyborg is no spring chicken but at only 34 she’s still at the top of her game and in her prime.  Paige VanZant hasn’t even hit her prime and like Sage Northcutt could provide an instant shot in the arm of anyone that signs her.  Cat Zingano isn’t the elite fighter Cyborg is and is 37, but she’s got name appeal and could help bolster cards outside of the main event and slightly lesser marque bout spots.  Plus in the right promotion, she could find a whole new life.

The three women are all hitting free agency for various different reasons.  Cyborg is here due to her fallout with the UFC and Dana White, something that is wildly covered at this point.  Cyborg and Zingano fight at Featherweight, a division the UFC never cared about.  Bellator on the other hand have a nice and deep Featherweight division that features one of the best female MMA fighters in the world, Julia Budd.  There’s also top divisional talent and title challenger Olda Rubin, who just suffered her first career loss to the aforementioned Budd.

If you were to add Cyborg and Zingano to that division right now, it instantly becomes the deepest women’s division in all North American MMA.  If not the deepest, in the conversation for the deepest.

The 25-year-old VanZant has more landing spots than the other two, as neither ONE or Rizin really boost much of, if any, Featherweight divisions for them to fight in.  Fighting at both Strawweight and Flyweight, VanZant is a much smaller fighter.  ONE has a Strawweight division, but Bellator does not (essentially), but they do have a Flyweight division that’s pretty deep.  So VanZant will make the decision on what weight she fights depending on with whom she ends up signing with.

This of course taking into consideration that she might get the deal from the UFC she’s hoping for.  When speaking about her current deal with the UFC to The Score, VanZant said the following;

It’s the last fight on my current UFC contract so I’ll be fighting it out.  I think I’m just curious to see what I can do. I feel like I want to prove to the UFC what I’m worth, and I think it’s going to take one more fight for me to do that, especially because fight fans are so – you’re easily forgotten in the fight world. They watch a fight happen and they’re already focused on the one that’s happening next week, so I want it to be fresh in their minds going into a contract negotiation, not fresh off of a broken arm.

For Zingano and Cyborg however, they’re already free agents.  Zingano even talked to ESPN already about the situation where she was very clear she was not taking their crap anymore, saying;

I didn’t want to take the ultimatum this time. So I guess you can say it was mutual. I had a project that was very, very important to me, and to the MMA community and fans, and I needed to put me, my son, my training and that first before I had anything to give to the UFC. It’s (expletive) timing, but it happens, and I’m still a fighter and ready to (expletive) (expletive) up.

I would eat my hat if Zingano and Cyborg didn’t both sign with Bellator by the end of September.  Both provide headline potential names, in a division with deep talent, on a brand that’s desperate for name brand stars.  Cyborg shouldn’t even wait in line, she’s a future 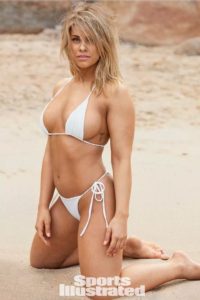 Hall of Famer and a bout with Julia Budd should be in the works.  Zingano might need to work her way back up to title contention.

As for VanZant, selfishly I want her to leave for Bellator or ONE.  The MMA landscape needs more outlets that are bonafide competitors for the UFC.  Competition is good for industries.  VanZant would make either roster instantly more attractive; and yes,double entendre intended.

The three of them together could instant legimize any promotion they sign with, and considering only Bellator offers them all their desired weight classes, it makes sense for them to go there.  I think Sage Northcutt and Eddie Alvarez made the wrong choice going to ONE over Bellator.  However, they also signed Vitor Belfort and still have Demetrious Johnson on board; plus one of their top female fighters, Stamp Fairtex is a beast in her own right.

The two sport world champ, Fairtex has been at the top of her game in ONE dominating the Atomweight Muay Thai and Kickboxing divisions in the company.   Honestly a merger between ONE and Bellator would be the best thing for MMA but that’s just my opinion.  Both brands have just enough names for fans to go ‘oh, i know them and with their duel appeal in the West and East, it’d be easy to expand into new markets for both brands.  Plus then we could see Stamp vs. VanZant in a battle of sport vs. sport.  That is if Stamp would crossover to MMA.

Either way, Bellator and ONE should take a run at these women.  They’re too good and could be game changers for whoever is lucky to land them.