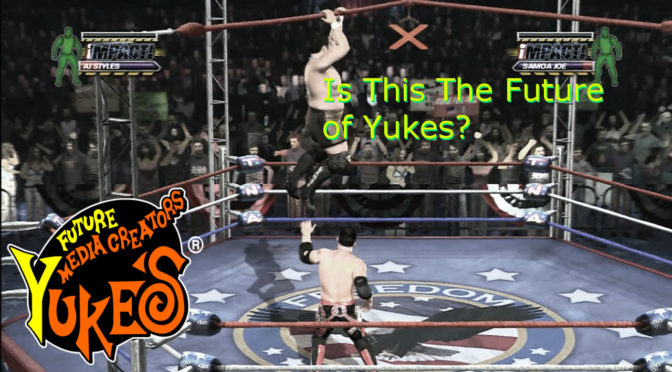 Rumors were abound back in May when Yukes senior vice president and producer Hiromi Furuta announced that the company was looking at a new pro wrestling IP.  The thought was that the new IP would be a WWE-themed game but different than what 2K had been doing with the franchise.

There are two new games on the market or will soon be on the market with Chikara’s Action Arcade and RetroMania, but if Yukes can land AEW, IMPACT, NJPW or a combination of a group of companies that would be fantastic and certainly give more options than just WWE’s 2K franchise and 2018’s FirePro that featured NJPW stars.

Personally everyone is talking AEW, but if ROH/IMPACT/NJPW/whoever combined forces, I think fans would much more prefer that.  Plus, if Yukes brought back the engine they used for SmackDown vs. RAW 2007, plus a GM mode?  Oh man, 2K and their shit WWE games could pack it in.

Don’t sleep on the idea that the game could be a complete original idea in the most literal sense.  They could create their own fictional company, with fictional wrestlers and the like.  Who knows?  We don’t.  This is major news though and you should be keeping a close eye on this, because not since TNA IMPACT! in 2008 have there been a pro wrestling video game from a major company.