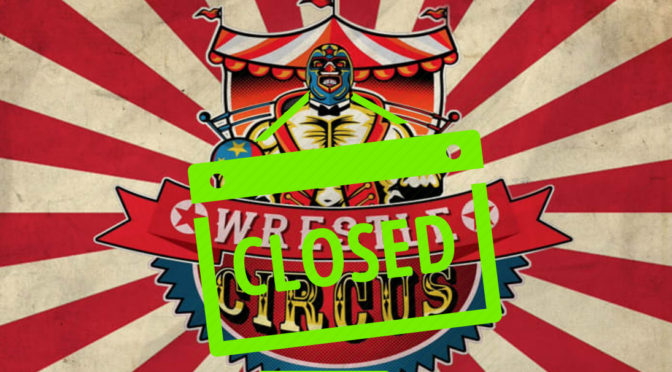 -For the 2nd time in less than a year the indy wrestling company WrestleCircus has closed its doors.  Once an up and coming fed out of Texas and one of the first to air shows on Twitch, the promotion closed its doors for good mere days before their next event. While no official word was given, it appears as though that a lack of money was the issue.

The show is over for the last time and the owner Al Lenhart has made it clear that this whole debacle is his fault.  Lenhart puts over a few people who stood by him, though they urged to keep the brand closed after the first shut down. The brand went shut down for nearly 14 months last March, only to return this past May to a resounding amount of industry support.

Despite its issues the company has found some gems and promoted some unique match-up’s.  From the ‘Encore’ event from May, Gentlemen Jarvis took on Orange Cassidy in an absolute hoot of a match.  While in June, at the Big Top Revival event, Tessa Blanchard main evented against Scorpio Sky for the brand’s top title in a losing effort.  I won’t give them too much credit on seeing Tessa as the star she is, because how can you miss one so bright but still; good on them for giving her top billing.

WrestleCircus had a hell of a run and was generally viewed favorably by wrestling fans, though the curtain has finally come down for good on this show.