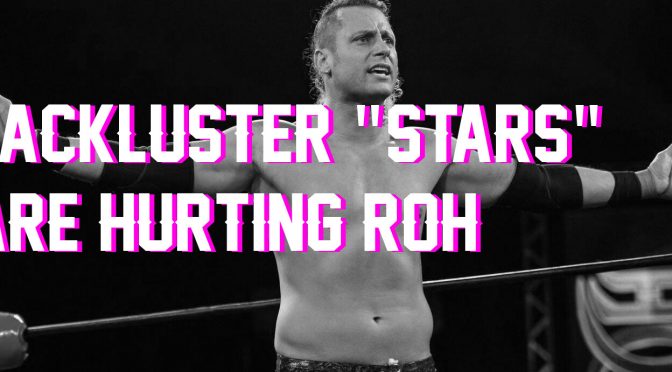 We are little more than three weeks out from ROH’s next big event, Manhattan Mayhem.  The event is taking place at the Hammerstein Ballroom, a famous stomping ground for ECW and Ring of Honor.  The Philly-based promotions both ran it a lot and to great success.  ROH has even sold it out quite a few times.

Those were different days, with different talent and a different creative force.  It’s no surprise that since Gae Sapolsky and Adam Pearce resigned as bookers the ROH product has declined.  This latest debacle though, it’s not helping anyone. 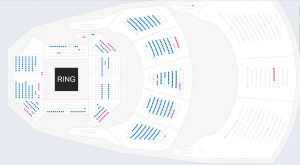 As you can see, the upper balcony area has been essentially sealed off, save for several tickets still active for some reason (this is an oversight I’m assuming).  The lower area and floor seats are still quite bountiful as well.  This marks the second time in as many months a major pay per view event failed to attract early interest.

Part of the issue is that we’re a month out and there is not one ‘confirmed’ match for the event yet.  We know Jay Lethal will take on Matt Taven for the ROH World Championship but that’s only because of spoilers.  We also know Dragon Lee will work that event, as well as the sister-event in Lowell, Mass the next night.

Matt Taven has been a failure as a world champion.  He’s not brought in any new eyes, he has zero drawing power and his matches have been some of the worst in recent memory.  His bout with one of the best workers in the world, Jeff Cobb, went all of nine minutes in the main event of one of ROH’s biggest yearly shows.

ROH’s over reliance on Bully Ray as an “attraction”, as well as a booker has been noted and problematic.  He’s not an upgrade over Delirious (Hunter Johnson), who seemingly still remains in the promotion, but it’s not like Delirious was on fire anyway.   Their two best non-NWA, non-Jay Lethal talent are Marty Scurll and Jeff Cobb, and both are expected to bolt sooner rather than later.   There are rumors of Cobb wanting to go full time with NJPW, and Scurll is counting down the days, allegedly, until he joins up with his friend in All Elite Wrestling.

Alex Shelley is back and should help, some, but what kind of shape is he in?  How good will he be after taking off for over a year.  Will the nerve pain in his jaw come back and affect him adversely?  Will Bully Ray even give Shelley a shot?  Who knows.

Right now ROH should be desperate about holding onto not just the NJPW and CMLL partnerships, but the NWA as well.  The NWA President and Owner Billy Corgan is getting some hype off of the partnership, but could he get more elsewhere?  What about sidestepping ROH completely and trying to re-start their alliance with NJPW?

Could Corgan mend his feelings towards IMPACT and Anthem?  I mean hell, if Vince McMahon can sign off on Jeff Jarrett coming back, anything is possible.  Nick Aldis right now is the highest profile wrestler on the brand and he’s not even signed with ROH.  Aldis has been the biggest name outside of Cody Rhodes in the World Title scene for ROH and he’s never actually gotten a ROH World Title.

Dark days are ahead for ROH if they don’t turn things around.  The Mexican talent from CMLL that they over-payed for are not helping draw in fans, the NJPW stars refuse to come over, and the stars they do have are about to go super-nova.  Which isn’t a good thing in this analogy.

Jay Lethal can’t carry this brand on his own, no one man can.  Worst yet, they could have had something in their Women’s of Honor division, god knows Kelly Klein is amazing but to rely so heavily on The Beautiful People?  Sorry…The Allure?  What a crock.

To think the biggest roster issue ROH got into wasn’t that they hired Enzo Amore, it was that they fired Enzo Amore.  All things being even, I think his debut with them at Madison Square Garden was the most exciting/talked about moment in ROH this year.  Sure, he’s a garbage person, but at least he brings eyes to the product.

Right now, I can’t imagine how ROH is going to manufacture star power when there is so little of it left available.   ROH better start hoping Aldis and recently signed Eli Drake are willing to work for them regularly.  If not them, who else can they get that’ll help put fans in seats?