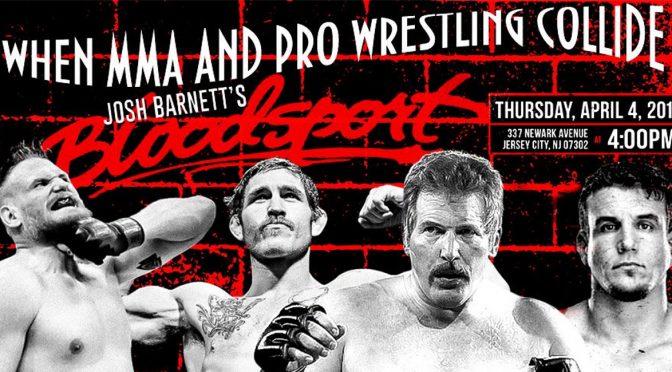 The ‘Work Rate Era’ is over.  It’s time to move on and advance past this near fifteen year genre.  Starting in earnest with ROH and TNA back in the mid 2000’s, the ‘Work Rate Era’ has centered around athletic wrestlers, working a quick pace, high energy style with minimal selling and less traditional fan banter.

Gone are the days of working a limb for twenty minutes in order to lock on that last submission hold, while spitting insults at the fans, and here are the days were dangerous head dropping spots on the ring apron don’t even result in a three count, all in the key to the chorus of “this is awesome”.

This is the crux of the issue, the over the top centerpiece moves in a match that result in nothing more than a passing moment in time.  More people are still talking about Cody Rhode’s throat catching “…I need my brother” line than anything NJPW has done since the May 25th event.  Why?  Because we’ve seen everything there is to see, however we’ve forgotten what it means to feel while watching wrestling.

Wrestling has focused more and more on athletic spots instead of building up matches that focus around characters.  For instance, Baron Corbin is a Golden Gloves boxing champion, so when he gets introduced he’s a motorcycle, last-days-on-Earth anarchist who used to play in the NFL.  How does he wrestle?  Like…well….everyone else in the performance center.  How should he of debuted?  With a string of 30 second or less bouts where a single right cross drops most of his opponents.  This would bring up a sense of mystique, an unbeatable air about Corbin.  All of sudden we start fantasy booking matches with BARON CORBIN of all people.  Why? Because we buy the outcomes.

Nope, instead we get generic bully heal #29.

The thing is, we know that the Work Rate Era is waning.  We see the lack of interest and more and more fans are rising up demanding something new.  Something…believable.   The only things that truly sell in wrestling are authenticity and originality.  Embracing a new dynamic that follows in line with real combat sports would bring a sense of excitement to the industry that can in fact be manufactured.

Want a top guy to go undefeated for a year and be upset by a rookie?  Boom, done.  Want your best talker and most marketable wrestler to get a top push?  Go for it!  The UFC is actively trying to manufacturer stars this way but through “real” means.  Giving the Top Guys easier competition to go over on.  All the while Dana White puts over this nobody as a real threat, chastising fans for “not getting it” or being “too dumb to see what the-nobody can do”.  Then when the UFC Top Guy defeats the guy White couldn’t shut up about, all of a sudden the top guy looks even more top-guy-worthy.  Despite the fact we all knew the Top Guy wasn’t losing to this schmuck.

Wrestling is the only combat sport where they can actively do this without getting in trouble.  Where they can actively book the show, the fight and the promo to go just the way you want it to and not run afoul of any governing bodies.  Yet they don’t.   Instead we have an industry where no one is allowed to get over too much.

Remember when wrestling veterans were so adamant about never or rarely losing?  Well we now understand why.  There is no ‘big money bouts’ with Roman Reigns or Seth Rollins anymore.  Why?  Because them losing is no longer special.  It no longer means something.  They’ve lost so much and wrestled the same match so often that tuning in to see them again wouldn’t make a difference because what are you going to miss?

Imagine if Reigns defeated Samoa Joe with an opening bell Superman Punch, or if Samoa Joe made Adam Cole tap in 28 seconds to a submission hold.  What if size in wrestling mattered like size in fighting and Rey Mysterio was rolled over by a bigger wrestler.  What if this caused titles like the Cruiserweight championship to actively matter and the top guys at 205 pounds and under wrestled for it like it did.

What if wrestling treated itself more like a sport and less of kids playing pretend in someone’s backyard?