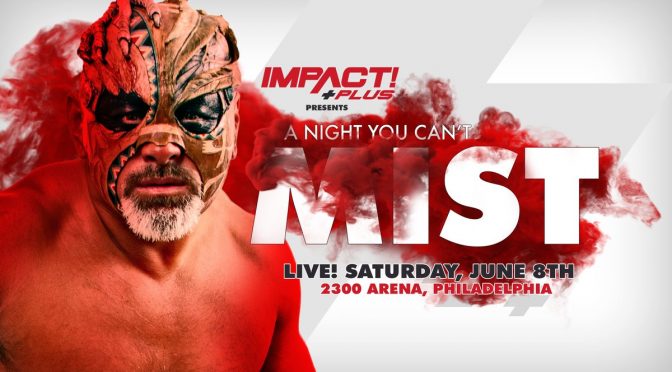 Let’s be clear, I’m no fan of Joey Ryan.  However, fans seem to like him.  So it makes sense that he’d be apart of a Night You Can’t Mist.  With the news breaking this afternoon that 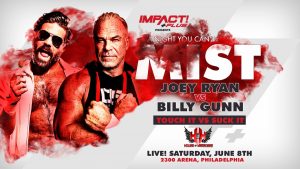 Ryan would take on Billy Gunn in a bout being billed as “Touch It vs. Suck It”, fans are certainly going to be getting a unique experience.

The main event of the show will feature the Great Muta making his return to IMPACT, and I’m pretty sure his debut in the 2300 Arena.  While hopes of a Jushin Liger rematch didn’t come to fruition, IMPACT confirmed he’ll team with Tommy Dreamer to take on Michael Elgin and Johnny Impact.  The best part?  There’s going to be a special guest referee 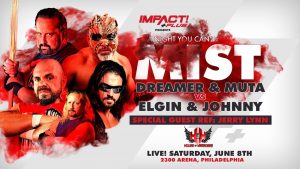 and that’ll be none other than the New Reffin’ Show himself, Jerry Lynn.

Also just announced will be Jordynne Grace going one on one with Taya Valkyrie for the IMPACT Knockouts Championship.

This goes down on June 8th, so just a under two weeks away, and with more matches to be announced leading into the event for sure. 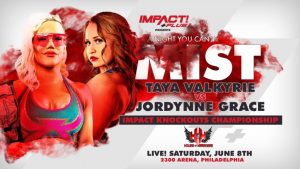 That said, IMPACT, in conjunction with House of Hardcore, who is co-promoting the show, are banking on these three matches to be the top of the card.

It’d be safe to assume Rob Van Dam and possibly Sabu would be popping up as well, considering where they’re at.  I’m also curious about the status of Joey Ryan.  He’s set to announce his signing with a major player not named All Elite Wrestling this week, and with the news that Ryan is working this event one has to wonder if Ryan is possibly signing with IMPACT?

The whole show is on IMPACT+ on June 8th, live from the 2300 Arena in Philadelphia, Pennsylvania.  As more news develops, I’ll be sure to update it.

Updated on May 29th, 2019:
Another match has been added to the event.  Willie Mack, the HOH Twitch TV Champion, will defend the HOH TV title against Teddy Hart and IMPACT X-Division Champion, Rich Swann.  This marks Hart’s first appearance with IMPACT since April of 2018, during the WrestleCon IMPACT vs. Lucha Underground show, where Hart tagged with Scott Steiner.

Touch It vs. Suck It
Joey Ryan vs. Billy Gunn