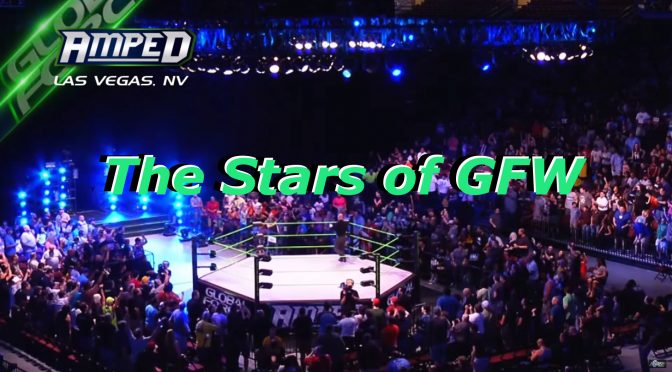 Global Force Wrestling had a short lifespan.  Not including their IMPACT “merger”, obviously.  Before the failed attempt to combine the two version of Jeff Jarrett’s wrestling-utopia together, there was a singular stand alone ‘GFW’ brand.  They had four tapings, that resulted in sixteen one hour episodes.  They also had several tours, though with minimal excitement generated,  to be fair.

The biggest names attached to the brand that weren’t under IMPACT/TNA contracts in any way were Nick Aldis (the former Magnus), PJ Black, and Sonjay Dutt.  Those were the three men that Jeff Jarrett decided to build his brand with, surrounded by young, up and coming talents.  Yes it should be noted that men like Bobby Roode, Eric Young and even The Young Bucks were used at different points to help build the brand, but they weren’t ever seen as full time roster members.

Aldis, Black and Dutt were going to be used to create and develop the brand, with the hope that the younger and lesser known talent would continue to grow.  The names on this list are names that got their break or their biggest exposure to that point with GFW.  Names like Pete Dunne and Johnny Gargano won’t be included due to the fact they were already ‘names’ in their respective countries prior to the formation of GFW. The names that made the list benefited in a big way from their involvement with GFW. 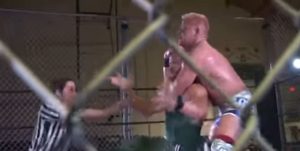 gained some exposure with them.  The longtime wrestler and promoter of Pro Wrestling Syndicate found himself in a fluid state of sorts in 2015 after his ties to PWS disappeared.  He would later go on to open up WresltePro but one of the biggest shows of the early days was a joint show with GFW.  A lot of future IMPACT talent were peppered throughout the show but the main event saw Pat Buck and Jeff Jarrett meet in a steel cage match.  Buck would work just seven matches for the brand, but that’s a pretty big number all things considered.

13) Virgil Flynn
– Flynn is a relatively sad case.  The long time vet was finally given a shot through GFW and was able to show the world that he was 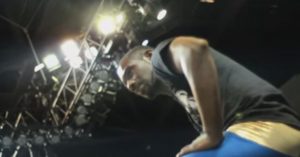 actually very good; a true gem.  He would work a lot for Hoodslam before and after his GFW appearances but it was obvious that had Amped gotten picked up by a t.v. outlet, Flynn would’ve been a feature player in the Nex*Gen Division.  Terrible division names aside that speaks volumes to how Flynn was viewed.  Flynn passed away unexpectedly last year.

12) JR Kratos
– Kratos wasn’t viewed as a big deal in the promotion, losing in both of his bouts for the brand, yet he’s since started to gain traction.  In 2019 he appeared on the Josh Barnett’s 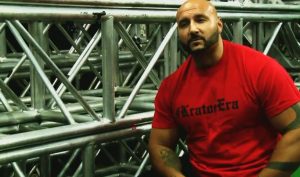 Bloodsport card, where he defeated Simon Grimm (Simon Gotch) with a leaping forearm smash.  Kratos is being poised by some smaller indy promotions to take a big leap in the next year or so, and if he does get more well known, his time in GFW will be seen as hidden gem.

11) Kongo Kong
– Kongo Kong was an early monster heel for the promotion, especially during the Amped tapings; being featured in the GFW Global Championship tournament.  Kong would work the house

shows as well, working a total of 8 matches for the brand across both the live events and t.v. tapings. Kong would be one of the few names that were brought into IMPACT after Jarrett came back, and would immediately be placed in big angles.  Most notably by being paired with Jimmy Jacobs against Abyss and the returning James Mitchell.  Kong never connected with the fans, but is still used by the promotion in Canada during some events.

10) The New Heavenly Bodies
– The duo known as Dustin and Justin Corino were the third most noteworthy original team to be brought in by GFW.  The duo worked eight matches, putting them in a rare place in history with several others.

The duo weren’t picked up by IMPACT after Jarrett attempted to merge the brands but have worked some IMPACT events in recent years thanks to their association with WrestlePro and Pat Buck.  They’re both still young, so there’s plenty of time for someone to come calling. 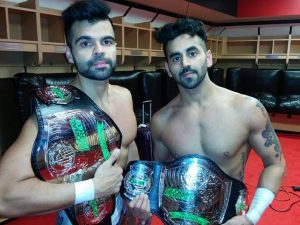 better known as being Jinder Mahal’s lackeys in WWE, they actually became the inaugural GFW Tag Team Champions in 2015.  They defeated The Akbars in the Quarter Finals,  The Whirlwind Gentlemen in the Semi-Finals, and then Reno Scum in the finals.  The duo were set to be the faces of the brand, but obviously that didn’t last long.  The very next year they were in the WWE and quickly became lost in the shuffle.

8) oVe
– It should be noted that oVe or Ohio is For Killers (OI4K) only had one match in GFW.  It was on the July 9th, 2015 show in Appleton, Wisconsin, where they took on The Good Brothers (then simply known as Bullet Club). 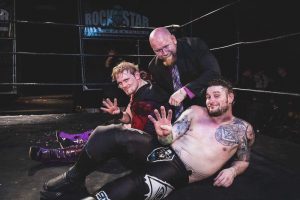 Unlike other one-and-done competitors, the reason oVe makes the list is that Jeff Jarrett carried them over to IMPACT when he took back the reigns in 2017.  During the summer of 2017, oVe were brought in as a new top team, and luckily they survived the cut (so to speak) when Scott D’Amore and Don Callis took over.  Since coming to IMPACT, the duo have since formed a strong stable with Sami Callihan and Mad Man Fulton and are no doubt one of the better duos not just currently in the promotion but of all time. 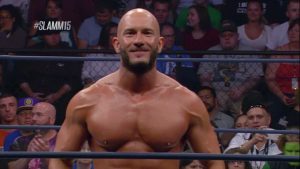 was solely a per-appearance situation and only wrestled twice for their barely watched One Night Only series, but it should be noted.  Sutter would get more appeal with GFW, working alongside his wife Cherry Bomb (Allie in IMPACT) against Jeff Jarrett.  It’d be silly to deny that Sutter’s run with GFW didn’t contribute in some degree to his eventual signing with IMPACT in 2016.

6) Cherry Bomb
– Cherry Bomb is also a unique case, as she was probably one of the more well known indy women from the turn of the decade.  The only issue is that

Cherry Bomb wasn’t a big deal in most of the promotion she was in.  She caught some attention with her Kimber-Bombs tag team but her run with GFW helped get the attention of IMPACT.  Much like her husband Sutter, she worked several One Night Only’s with IMPACT prior to working a loop with GFW.  Yet, as previously mentioned, no one really saw those shows outside of foreign markets.  Cherry wrestled Mickie James, former partner Kimber-Bombs partner Kimber Lee and Taeler Hendrix in her six matches with the promotion, and it’s fair to say she gained some new fans because of it.

5)  KM
– KM is a WrestlePro dude through and through, that’s not up for debate.

Yet, KM came into IMPACT with Jeff Jarrett, so we can safely say Jarrett was impressed by KM during their time together.  He currently has the most matches on this list with the brand at eleven, and worked everyone from Moose to Tommaso Ciampa of all people.  He’d debut in 2017 with IMPACT before leaving in 2019, looking to scale back on wrestling and heal nagging injuries.

4) Reno Scum
– The tag team from Reno, Nevada capitalized on their opportunity with GFW, working three of the four GFW tapings, as well as a live event. 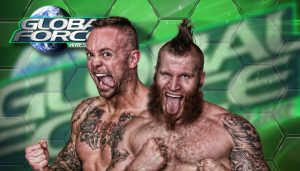 The group, alongside the Heavenly Bodies, and the Bollywood Boyz were the biggest tag team of name value not previously associated with a major company that came into GFW.  They were poised to be part of the first stable, with Christina Von Eerie being affiliated with the team, but obviously the show wasn’t picked up.  Von Eerie would of made the list but she had already been in TNA/IMPACT Wrestling back in 2011 as ‘Toxxin’.  The group would go on from their stint in GFW to work for Championship Wrestling from Hollywood, Ring of Honor as well as several stints in IMPACT Wrestling.

Yes, he was in Pro Wrestling Guerilla, as well as ROH in enhancement roles but Everett was someone Jeff Jarrett was very high on. His name value would be raised in IMPACT, even if his best matches were elsewhere.  Everett’s time in GFW would only net him six matches and several losses but it was parlayed into a contract with IMPACT Wrestling where he was given the opportunity to gain more appeal nation wide.  This would further continue in 2018 when Everett won the World Tag Team Championships with DJZ.  While Everett has left the promotion since, his time there helped his legacy without a doubt and that might not of been possible if he hadn’t worked with Jarrett’s GFW.

2) Trevor Lee
– Trevor Lee introduced himself to a whole new crop of viewers when he and Brian Myers (Curt Hawkins) showed up on TNA t.v. and defeated The Wolves for the then-TNA World Tag Team Championships. 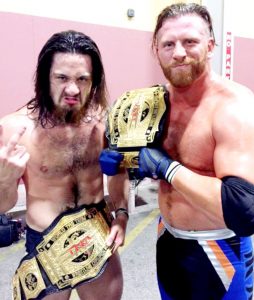 The duo were GFW talent and Lee was poised to be a huge star within the promotion, obviously, due to his involvement in the short lived GFW/TNA feud.  Unlike others on this list, he’d only work a few dates in 2015 before being mostly an IMPACT Wrestling guy from then on.  Lee’s involvement though in that invasion angle was something unique and helped expand on his resume.  Lee would go on to win the X-Division Championship three times during his stay in IMPACT, making him one of the youngest and most decorated champions in the divisions history.

1) Killer Kross
– The truest ‘hidden’ gem from GFW and Amped had to be Killer Kross. While still a project today, the then 29 year old was making waves as Kevin ‘The Toll Man’ Cross.  He worked two of the t.v. tapings and a live event, while also getting a very respectable hype package. 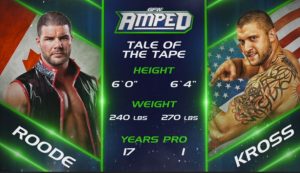 There is no doubt in my mind that Kross wasn’t going to be used in a big way by Jarrett.  Not to mention Kross’ biggest match to that point in his career was in the GFW Global Title Tournament against Bobby Roode.  Kross was only a rookie when signed on with GFW and impressed Jeff Jarrett so much he gave him a match with Bobby Roode, talk about talent and potential.  Unlike many others on this list who got brought into IMPACT after the fact, Kross wasn’t brought in by Jarrett or a friend of Jarrett.  He gained attention from his work in AAA and Lucha Underground, and Scott D’Amore and Don Callis brought him in with other Lucha Underground competitors to bolster their rebranding.  He’s the biggest ‘What If’ story from the GFW Amped days.