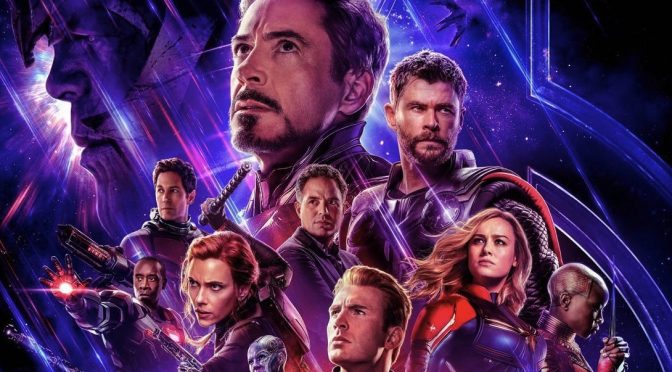 Avengers: Endgame introduced the worst plot device in history into their cannon; time travel.  The rules as laid out by the Ancient One is that time is set in stone, essentially.  Any changes one makes doesn’t affect this timeline, but creates a new and separate one.  Ok, fair enough, that’s a less common take on time travel but ok.

Essentially instead of a multi-verse, events in this film would play out in ways that would see branching paths that don’t intersect.  With a multi-verse, those universes already exist.  In this case, they’re creating new ones.   If you take an Infinity Stone to “unsnap” people in the present, that doesn’t actually negate anything, it just creates a new reality where the stones aren’t present.

Which is why the heroes resolved to go back in time after they bring back the people who Thanos dusted, and then return the stones to the exact right moment from which they were taken.  This way there are no new timelines.  Hulk promised The Ancient One that very thing; that they’d return all the stones to avoid creating new realities.

THIS CAN’T BE STRESSED ENOUGH; by returning the stones they’d prevent new timelines.  That was the whole reason the Ancient One agreed. THE. WHOLE. REASON.

Loki escapes in 2012 thanks to Stark dropping his stone; that’s a new timeline. One that didn’t get rectified because that’s not that version of the stone they returned.  Which means Loki is now free in one timeline.  That is unless returning the stones removes all new timelines.  Which the Ancient and Hulk believed would happen.  So again, either the Ancient One is wrong about time travel, or the film is poorly written.  Why?  Because if you create an alternate timeline, you don’t know it’s an alternate timeline in essence.

So, let’s just say that’s exactly what happened.  They returned the stones, and all the timelines re-merged.  Ok.  Fine, but a problem though.  What problem? We’ll get there.  I wanna hit you with another hypothetical first.

So the idea of diverging timelines is simple; if you take one stone you make a new timeline.  If that stone isn’t returned, that timeline lives, right?  So if Hulk takes the time stone without the Ancient One’s permission, that version of the Ancient One will never again meet that version of the Hulk.  She’s now on a new timeline.  She then doesn’t die at the hands of her pupil, Thanos comes to collect the other stones to find that there isn’t a sixth one and Thanos wipes out Earth.  In theory, anyway.  That’s why you put the stone back, to prevent that from happening in a different timeline.

So, this is where we have a problem.  Let’s operate under the idea that you can’t change time, only create new timelines like the Ancient One claimed

So when Captain America goes back in time and decides to live with Peggy Carter, he changes timelines by creating a new one.  That means the Captain America we see go back in time should never again crosses paths with the MCU main timeline crew.  He’s on a whole new timeline.  That means he’d never be able to give his shield to Sam, because in the timeline he now lives in, the Avengers are never created as we know them to be.    Captain America would of been in his 80’s when the Avengers were summoned to fight in the first Avengers film; and considering how integral he was, it’s safe to say that things went sideways.  Also, because he was never Captain America, he never met Sam Wilson, which means he’s now in a time where Sam Wilson never becomes Falcon, because what retired vet is helping 90-something year old Steve Rogers fight Hydra?  If Cap never meets Sam, then Sam can’t be there take the shield, because he was never brought into the fight in the first place.

What we know is that Steve Rogers was sitting there waiting for them after Hulk sent his younger self back in time.  Since there’d be two whole new, wholly different timelines, there’s no guarantee that Rogers could return to main MCU timeline. Which poses the question, how could Rogers be there to give Sam his shield if he was in a whole different timeline, one that presumably lost to Thanos and there by couldn’t time travel if he wanted to?

The obvious answer is that he never left the timeline.  He actually went back in time in the MCU-proper timeline and changed history, which is something the Ancient One said you can’t actually do.  That means Rogers and Peggy Carter did live out their lives together in the MCU proper, without creating a new timeline.

Which means all the carnage they just created isn’t going to fade away in the entropy of a timeline that no longer exists.  They in fact radically changed history of their own timeline and killed the entire plot device of the film.

So we’re left with two standing theories that destroy the film’s ending; either the timelines were resolved when the stones returned, and Rogers created a new timeline, meaning he’d never of returned to his group; or the Avengers did in fact change time and the Ancient One is wrong.

Either way, this is why you don’t use time travel as a plot device.

Dee Snyder Saves The Return Of The Cruel Summer