IMPACT Wrestling has just announced a new and unique experience for fans of wrestling and beer.  Now just so we’re all clear, I’m not a 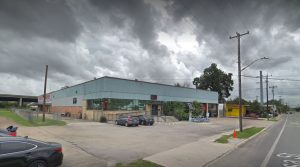 drinker. I think we’ve normalized it far beyond a point that is healthy for society.  That being said I can’t deny how many beer-drinking, pro wrestling fans there are, and IMPACT is aware of this.

Just announced is another new event coming from IMPACT

Wrestling, though this one is the final stop before Slammiversary XVII.  Emanating from San Antonio, Texas, Bash at the Brewery will air on July 5th on the IMPACT+ streaming service for no extra

charge than the monthly amount.

The event will be held in the brewery of the bar itself, a venue that has hosted wrestling events in the past ,as well as disc golf games.  This will be the first brewery that I’m aware of to host IMPACT Wrestling, and should provide a unique night.  Thought not announced, it’s presumed that it’ll be a 21 and up only event, though that’s just an assumption.

While the lot doesn’t look big, the brewery itself looks like it can hold several hundred people, so it should be a nice intimate affair before they go off to Dallas, Texas two days later for Slammiversary.

Before that event though, IMPACT will re-team with House of Hardcore for Digital Destruction a Twitch special.  While IMPACT+ 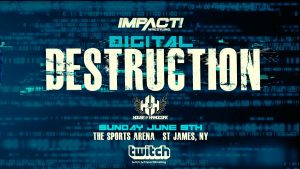 appears to be their number one new source of revenue for streaming live events, Twitch won’t be ignored.  Though, this has to make one wonder if it’s because House of Hardcore broadcasts their shows through Twitch, or if it’s IMPACT’s desire to show this event via Twitch.

House of Hardcore hasn’t been airing weekly shows anymore like 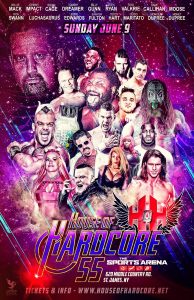 they used to, so the future of the promotion on Twitch is up on the air as far as I’m concerned.  There used to be a conservative effort to air a weekly series on the streaming service, but as previously mentioned, that’s no longer the case apparently.

The event will be held at the St. James Sports Arena in  St. James, New York on Sunday, June 9th.  The event has set tickets at $30 and you can read more about IMPACT’s June show on their official website.