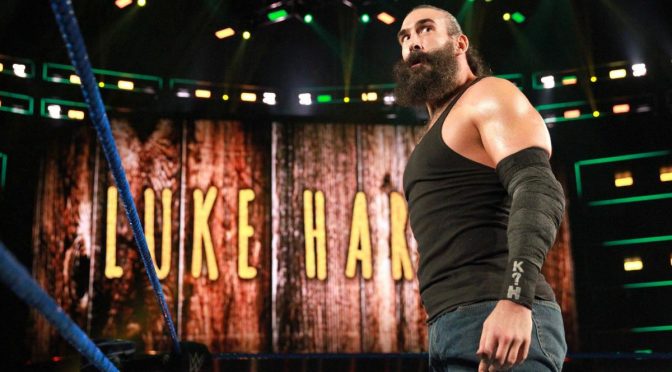 The WWE is being petty, and you can believe they’re doing the right thing, but that just means you support petty behavior.  For those who don’t know, Luke Harper publicly requested his release and has essentially been turned down by the WWE higher ups. Not only that, but recent reports indicate his contract has been rolled over. He was set to be a free agent in November, but the WWE continues to abuse their position in the industry and tacked on several months to Harper’s deal; making sure he won’t be a free agent until WrestleMania 36 rolls around.  All because of the time he missed due to injury.

That’s a year of his career the 39 year old just lost because the WWE hates the free market.

This isn’t the first time they’ve done this, as it’s happened before.  The WWE tends to tack on time to wrestlers contracts if they miss work due to injury.  I’ve never heard any other industry where this is legal or allowed but welcome to the predatory practices of the WWE.

Harper’s release should be met immediately.  The WWE aren’t using him, he doesn’t want to work there anymore and he’s an independent contractor, so breaking a contract should be as easy as going “Hey, I quit…and your coffee is stale.”  Yet, in the woeful world of the WWE it’s not.   I never knew Vince McMahon’s favorite race car driver was Richard Petty.

This isn’t the first time THIS YEAR this has happened.  Sasha Banks was told to “take time off and go home” to rethink about her desire to quit.  I’ve been told there’s nothing to ‘rethink’ and that she’s essentially done.  Why haven’t the WWE released her yet?  Because Stephanie’s favorite musician is Tom Petty.

It almost happened again with Goldust, who also was rumored to have put in his walking papers.  Though that situation is a bit more muddier as the rumors continue to swirl around the 50-year-old-AEW bound worker.  Depending on which one you believe, Goldust’s contract either expired, he quit, or he reached a deal with the WWE to have his contract voided, as long as he accepted a 90-day-noncompete agreement.  Either way this reeks of Triple H’s favorite NFL player being former New York Jet quarterback Bryce Petty.

The facts are obvious; Tye Dillinger, The Revival, Sasha Banks, Dustin Rhodes, Luke Harper, Mikey Nicholls and The Kanellis’ are just the names I can think of who “allegedly” requested their release this year alone.  The fans are taking wise to this, and the WWE’s public image is getting slaughtered with each passing day they hold independent contractors to deals that wouldn’t hold up in court.

The WWE is dropping in revenue across the board, making that Saudi Arabia-blood money deal all the more needed.  With each passing day they don’t release these talents, more and more fans will become vocal in the support of their favorites, and will vocally demand the WWE do the right thing.  The WWE can’t keep doing this if they expect to hold onto their revenue streams as they currently exist.

The WWE knows the right thing to do is release Harper, but Vince is a chronic liar.  He once said that he’s never done anything to hurt the competition.  He only does something to help himself.  Yet not releasing Harper only hurts Harper and whomever he signs with.  Thus making Vince McMahon a bald face liar.  Shocker, right?

Release Luke Haprer, and anyone else who wants out.  Show your talent that you care more about the talent who sacrifice for you, than you do your competition’s bottom line.  Now, wouldn’t that be something?