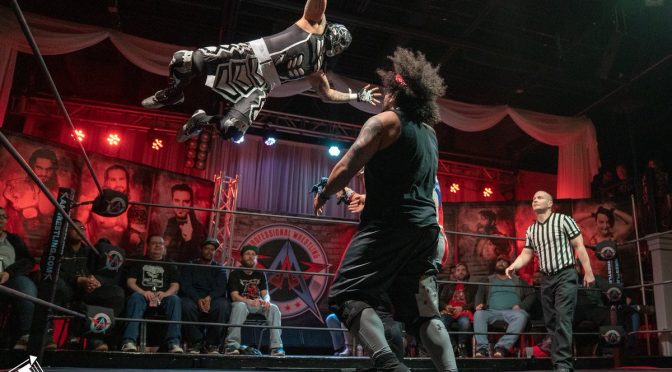 An intriguing debate started on Twitter yesterday all thanks to our favorite muckraker, Ethan Page.  Page called out the Chicago based AAW Pro Wrestling for telling talent they can’t work other Chicago-area promotions if they want to work for AAW.

I’ve also given AAW the option to cancel me on their Texas event May 31.

They’ve announced me already so I’ll honor the date.

But I couldn’t care less working for them at this point.

When can we take the power back for the guys & girls in wrestling ????

Which to be fair is true. You shouldn’t have to worry about not working to appease someone else, especially as an independent contractor.   This of course garnered some blow-back on Page, as everything does on Twitter, and a handful of fans accused him of being everything that’s wrong with wrestling.  With one fan going so far to say that he wished Bill Watts would slap him.

The issue seems to percolate around the idea that AAW is an “it” promotion that wrestlers feel they need to work so they can be noticed by bigger feds.  If you don’t work AAW in Chicago, then you can’t claim you’re hot-stuff.  This is an idea that AAW is apparently using to try and squeeze out other Chicago-area feds by telling wrestlers that if they work elsewhere, they’re done in AAW.  That they lost their ticket to a better opportunity down the road.

It should be pointed out that Page is also a local promoter in Canada, and has a decade of running pro wrestling shows under his belt.  He has more than enough credibility to call into question the ethics of other promoters.

This debate has lead to the newly dubbed Jake Deaner (Jake Something) getting involved with his new colleague by saying;

Honestly, “exclusivity” makes sense to me.
-makes you stand out
-you pay to build someone, you don’t want others to piggyback off that
-gives incentive to fans to make it to YOUR show if they want to see YOUR brand of wrestlers

Jake Deaner’s response is telling, though problematic.  AAW isn’t ‘building’ stars.  They’re paying wrestlers.  Most of the talent they use were huge before they ever stepped in the ring there.  In theory, sure, it makes sense.  Yet, if you truly value the health, wealth and viability of your talent, isn’t it in your best interest to make sure they’re as well paid as possible?  I know what some of the top AAW stars have been paid in the last year; and it’s not enough to justify exclusivity in the area.

This debate didn’t end with a ‘subtweet’ response, as IMPACT Wrestling creative member Jimmy Jacobs got involved by challenging Page’s assertion.  Jacobs response can be summed up as a “who cares what anyone does” type of response.  Very dismissive and an attempt to undercut the very serious toxic behavior of AAW.  It should be noted that he wrestled in AAW more last year than any other promotion and has a long history working with the Chicago-based group, so Jacobs clearly has a dog in this race.

Page has gotten into more and more ethics discussions regarding pro wrestling as of late.  The fact that it’s Page calling out promoters who are threatening to not book talent who work elsewhere is needed, as pro wrestling is a very toxic industry still.  Jacobs getting involved either shows he’s part of the problem, or wholly ignorant to the conversation at hand.

If I found out one of my co-hosts was working for another podcast or site, I do have every right to move on from them, Jacobs is absolutely correct about that.  However, if I threaten them to never work for another podcast or site or risk being fired, then I’m the person in the wrong.  This is not a debate.  The minute you start throwing out ultimatums is the minute you’ve lost your high ground.  Page is 100% correct about this being bad business.

There is nothing wrong with exclusivity, that idea of keeping talent specific to a brand only helps raise the profile of the promotion.  It’s the same idea as move-stealing.  If everyone is doing the same move, the move loses it’s luster.  If everyone is booking the same talent, then they lose some luster.

This is the problem with AAW, as they’re only using non-contracted performers, so there’s no contractual obligation for any talent to not take other bookings in Chicago.  To justify this garbage practice is to show a lack of empathy and respect for these hard working men and women who deserve to make as much as humanly possible.

So if you don’t want a talent working for other promotions, sign them and pay them like they matter to you.  Otherwise, shut up.