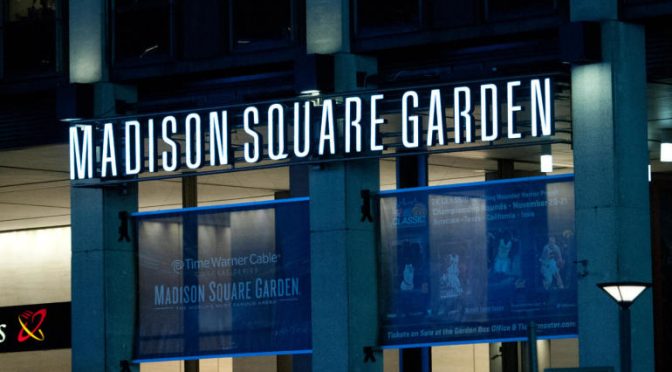 No WWE, NXT, IMPACT or ROH/NJPW matches will be listed.  This is about the wild and weird of pro wrestling.  All matches on the list are pulled from Voices of Wrestling’s round-up of the cards, and are as accurate as they’ve presented them.

*All times are Eastern Standard.

Reason: The God Dam Stars and Stripes reunion, obviously!  When I heard this for the first time last night on WrestleCorp, I was gobsmacked.  Buff Bagwell and The Patriot in a wrestling match? Hell-to-the-yeah!

Reason: Not only is this Frank Mir’s first foray into pro wrestling, but the former UFC Heavyweight Champion is facing off with one of the greatest UFC fighters of all time, as well as former NWA World Champion Dan Severn.  Severn is in his 60’s but still has some ability in the ring.  The clash of generations should be something to behold.

Reason:  While not the first encounter these two have had, and it will air on t.v. for beIN, the match still is going to be a master-work in character execution.  Pentagon Jr is the modern day incarnation of LA Park, despite Park’s son Hijo de LA Park being around.  The two men are lucha-royalty and anytime they step into the ring against one another, expect it to be violent.

Reason: If there’s a more well-rounded worker today than Will Osprey, I haven’t seen him. Osprey two-three years ago was only about the flippy-flying nonsense.  Yet now he’s working on a more well-crafted style, something we’ve seen him highlight in numerous matches in New Japan, with his bouts with Marty Scurll my personal favorites.  Bandido is as wild as they come and the two men should set new speed records in wrestling during this bout.

Reason: While I can’t stand Nick Gage, the idea of a LEGO Deathmatch is too good to pass up.

Reason: The Rascals are IMPACT’s new hotness, and stand to gain the most notoriety for the weekend of anyone off of the IMPACT roster.  The spotlight also lands on Australian Suicide, an amazing performer out of AAA, who is looking at growing his name value in the states, as he continues to gain more traction in Mexico.  The fast-pace barrage that this match will offer may make it impossible to do a full, real-time, play-by-play recap of the match and it’s happenings.

Reason: This feud has been going on for months, starting at the end of last year with Touchdown had to give up his title due to an injury and was allowed Dasher to stand in and defend his belt in the interim.  After Touchdown returned, Dasher refused to relinquish the belt he was never able to win on his own, and instead turned on his former tag partner and friend.  The finality of this feud should come with some sweet-sweet emotions.

Reason: I’m curious to see how this goes, aren’t you?  The match may only go one minute, but knowing Taylor it’s going to be funny as hell.

Reason: Do I NEED one?  It’s Muta, it’s Pentagon, it’s the LAX ,it’s Low Ki, it’s Tajiri.  There are going to be more kicks thrown in here than the World Cup, and less flopping too!  Who knows how long the Japanese legends have in their careers, and this is a great opportunity to be able to see them in their glory one more time.

Talent to Look Out For

Anthony Bowens:  I rave about Bowens quite a bit, and for good reason. He’s athletic, got the look, and can go with the best of them.  He’s got a few big opportunities to make a name for himself, and as we’ve seen in the past with guys like PCO, Joey Ryan, Joey Janela, Matt Riddle, Keith Lee and others; this is a weekend of name-making opportunity.

Fluffy the Killer Bunny:  I just…I just need to know what this is…

Eddie Kingston:  The former IMPACT Wrestling talent has teased retiring a few times in recent years but always seems to stick around.  Kingston is all over the place this weekend and a big weekend may bring more attention to him than ever before, especially since he’s part of EVOLVED at the moment.  As one half of the EVOLVE tag team champions, he’s got to be on the WWE’s short-list, as EVOLVE is now just a feeder system to NXT.

Mance Warner: As a CZW worker he isn’t well known or greatly cared about by anyone outside of the Douche (Death) Match fanbase.  This is his chance to prove to the world he’s more than just an ugly face.

Jimmy Havoc: As the last man standing of that great British Revival group, Havoc is all over the place and it seems as though he’s getting as much American exposure as possible before AEW launches.

David Arquette: He’s facing arguably the best technical wrestler in the world in Timothy Thatcher.  That’s going to be insanity.

Ultramantis Black: Coming out of retirement is a trend. He retired twice in CHIKARA and is now coming back to face Nick Gage.  May he get through that match in one piece.

Pat Buck: Pat Buck may not be a name many people know about yet, but he’s the OVW alum and founder of WrestlePro and with the promotion getting traction, so too is the founder.  He’s wrestling more than he has in years and will make his big-league debut with IMPACT Wrestling in the Ultimate X match at United We Stand.