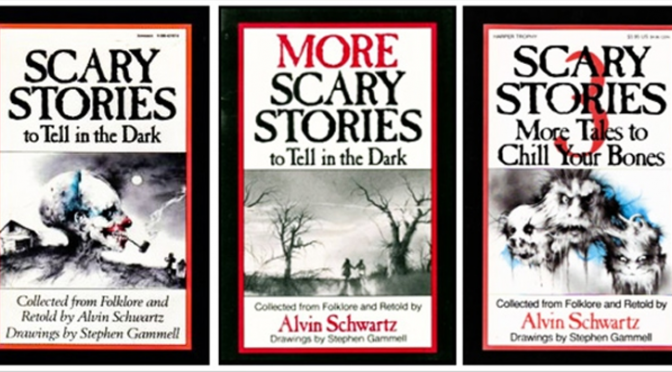 The first full length trailer for Scary Stories to Tell in the Dark has been released.  Adapted from the series of books by Alvin Schwartz and Steven Gammell, the movie seeks to bring some of the more iconic stories to life in the film.  The series was aimed at providing horror content for children, receiving numerous awards for the art work of Gammell and the writing of Schwartz, though in recent years the art has been replace with less macabre illustrations in reprints.

The film will follow a group of teens unearthing a book that uses events from the original series to hunt down and kill the teens.  The film releases on August 9th.

It was revealed on Twitter by Director Josh Cooley that Don Rickles had recorded lines for Toy Story 4 prior to his passing.  There was speculation online about Rickles’ involvement in the project, after passing away in 2017 ,but that’s obviously now been cleared up.  No mention on when they recorded his final lines for the role but I’m sure fans are just happy for one more go around with Rickles’ Mr. Potato Head.

“Some people say funny things, I say things funny.” -Don Rickles
All of his pieces may be replaceable, but his voice is not. Honored he signed on for TS4, honored he’s in TS4. pic.twitter.com/Q7cTRSQNwh

In Marvel Cinematic Universe news, Angelina Jolie is signed on to star in The Eternals film.  No mention of the role that she’ll play yet, according to the Hollywood Reporter, but since productions is set to start this year, we should have a better idea of how she’s playing and who else is in the film.

Quick Hits – Kevin Smith is teasing  the return of Joey Lauren Adams (Chasing Amy, Big Daddy) to his View Askew universe with Jay and Silent Bob’s Reboot.  Though it’s less a tease and more a confirmation I think.  Iconic actor Lou Diamond Phillips will be directing an episode of Agent’s of S.H.I.E.L.D. this season, which premieres in May.