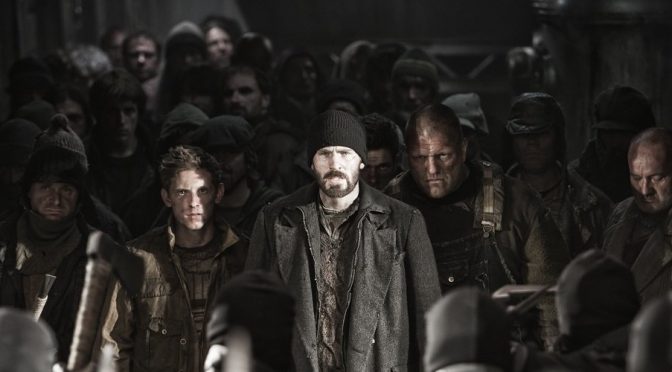 The TNT Snowpiercer reboot has landed the star of Girl Meets World herself, Rowan Blanchard.  Blanchard played the eldest daughter of Cory and Topanga Matthews, named Riley.   She’ll start as a guest star in season one, but apparently has an upgrade option to a series regular if the show gets a second season, according to Deadline.

Disney is creating a The Princess Bride musical for Broadway, according to Broadway.com.  Disney Theatrical has announced composer and lyricist David Yazbek (The Band’s Visit) and writers Bob Martin (The Prom) and Rick Elice (The Cher Show) will be creating the stage play.

Quick Hits – Maisie Williams confirms that New Mutants haven’t done their re-shoots yet.  New set photos of Sony’s Morbius are floating around online.  My Hero Academia is releasing their 4th ‘light novel’ featuring the Cultural Festival Arc, written by Anri Yoshi and will be out on May 1st, 2019.  Fan made posters featuring the Power Rangers in lieu of the Avengers are making their rounds; they’re pretty slick except they all have the Avengers logo and not the Power Rangers logo.  Kevin Smith has finished a 21-day shoot of Jay and Silent Bob Reboot.