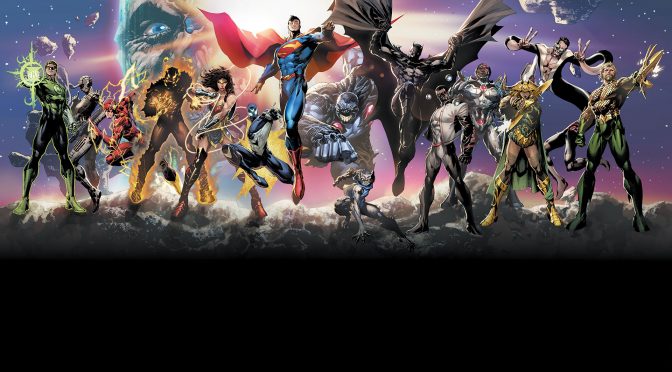 The Flash might be in need of a new star.  Ezra Miller was not met with much fan fare when the film was announced, as many wanted then recently cast Grant Gustin to reprise the role in the film adaptation of his hit The Flash t.v. series.  Now, fans are scrambling for fantasy re-castings after it was announced by The Hollywood Reporter that Miller could be done with the role.

Miller is said to be unhappy with the script by John Francis Daley and Jonathan Goldstein, the directors of the project.  The tone is said to be light-hearted in tone more akin to Aquaman and Shazam!.  Miller has taken it upon himself to retool the script with the help of an iconic (for some reason) comics writer in Grant Morrison.  Morrison and Miller’s script will be given a look over to see if it works but with the popularity of the director driven films prior to The Flash, it’s all that more likely that the darker toned script won’t get picked.

This compounds the issue with Miller, who’s contract is allegedly up in May, as The Hollywood Reporter also claims.  The studio is already re-casting Batman for the next film, and the possible departure of Henry Cavill is also a known topic of discussion.  It’s entirely possible that Batman, Flash and Superman all have new actors heading into 2020.

This also might serve as an opportunity to bring Gustin into the role.  With the Arrowverse in flux, and the future of some shows in doubt now that Arrow’ star Stephen Amell pulled the plug on his show, it might be time to give Gustin that opportunity.

The New Age of Heroes in DC Comics is all but over.  The word is that The Silencer, one of the few titles still standing from the November 2017 launch of the  line, will end on June 26th with 18 issues to it’s name.  The Silencer joins Damage, Sideways, The Immortal Men, The Curse of Brimstone, the Challengers and The Unexpected as series that were cancelled.  Only The Terrifics remain as an active series, though that too is expected to be cancelled in the near future.

Quick Hits – Animal Crossing is expected to premiere on the Nintendo Switch later this year, according to Loot Gaming.  KB Toys never launched their holiday pop-up stores due to toy companies conflict of interests at the time.  Fans of the Detective Conan manga will be without their hero for about a month as the series goes in a four week hiatus.   Rumors abound that the James Gunn Suicide Squad will be a reboot and may feature Killer Frost.