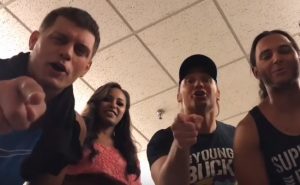 So here’s what we know so far about All Elite Wrestling.  There is no t.v. deal in pl 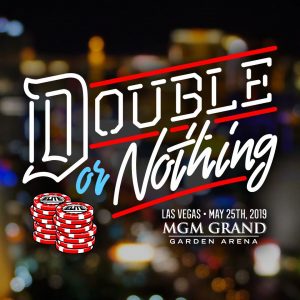 ace, as of yet.  However we know that their second show (counting All In) will be at the MGM Grand Garden Arena in Las Vegas, Nevada on May 25th.  Following that, their third show will be at Jacksonville, Florida, at an unannounced time and date, and “a good portion” of the gate will go to helping victims of gun violence.  I presume it’s a local Florida charity, but I could be wrong, no information was given about the exact specifics of the charity involved.

As far as talent goes, we can now confirm some big names.  As we know Cody Rhodes, Brandi Rhodes, The Young Bucks, Adam Page, Britt Baker and the trio of SoCal Uncensored were all confirmed for the promotion.  These were all signings that we know of before hand.

Joining them however are some notable indy names. Major League Wrestling lost two today, presumably, as Joey Janela and Maxwell Jacob Friedman (MJF), both confirmed they’re going to be with AEW.  Does this mean they won’t work with MLW going forward?  I have no idea, but MLW and IMPACT share talent, so it’s possible.  Despite breaking up as a couple in real life, Janela will be joined by Penelope Ford, who I would expect to be in the women’s division as well.

Another name that was expected, and confirmed was Dragon Gate’s PAC, who performed for years as ‘Neville’ in the WWE.  He showed up in his gear, with the Open the Dream Gate Championship in hand.  The Open the Dream Gate title is the top title in the promotion.  He came out during Adam Page’s segment and challenged him on the basis of who would win the companies championship.

Also announced during the press conference was that the company would have “equal pay” for women.  I in no way believe that any female talent will be paid as much as Cody and the Bucks, or even Brandi herself.  So that’s a false-positive.  What it more than likely means is that they’ll scale a price point for each position on the card.  So it’s very possible Britt Baker will make as much as a lower card worker.  Baker’s not even a well known female wrestler, let alone on The Buck’s level, so for her to seemingly get paid seven figures is a joke.  That being said, if it’s a slotted scale, that would work. 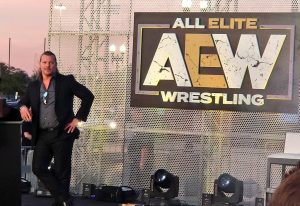 The final and biggest announcement though came in the form of Chris Jericho, who popped up at the end of the show to announce he’s part of AEW going forward.  I don’t think Britt Baker is making as much as him, either.  Jokes aside, Jericho has continued to reinvent himself and people notice.  The reason why Jericho still has appeal at 48, is because he’s not a nostalgia act.  He stays current.  So there is value in his work still beyond just a trip down memory lane.

Closing out on a minor note, but still an important one, is that Billy Gunn has been signed on to serve as a producer for the promotion.  He’ll probably wrestle in tag matches with his son, Austin Gunn, who is also a pro wrestler but he’s expected to be one of the big names backstage going forward.  If BJ Whitmer join as rumored, that’ll mean Billy Gunn, Whitmer and the SCU’s Christopher Daniels will all be serving as producers for the promotion going forward.

The one big name that wasn’t there today, and apparently there might be a reason why, was Kenny Omega.  According to industry insiders Omega’s NJPW contract doesn’t expire until the 31st of January.  That would mean Omega’ can’t be part of any other promotion’s activities without NJPW approval.  With AEW taking talent from ROH and NJPW, it wouldn’t make any sense for NJPW to piss off their United States partner in ROH, by allowing Omega to appear on a rival promotion’s launch party stream. Dave Meltzer has even gone so far to say that the WWE has given up hope that Omega will sign with them, meaning it comes down to two promotions, NJPW and AEW.  It’s very possible that AEW will allow Omega to wrestle for both, if he should so choose, but will NJPW want that type of deal?  We’ll see.

I’m curious to see what else happens between now and the end of the spring . I would hazard a guess that the May show will reveal their T.V. deal, but that’s purely speculation at this point.

Also, and lastly, there will be a Starrcast 2 for the promotion at the Double or Nothing event, but no real details exist as of yet. 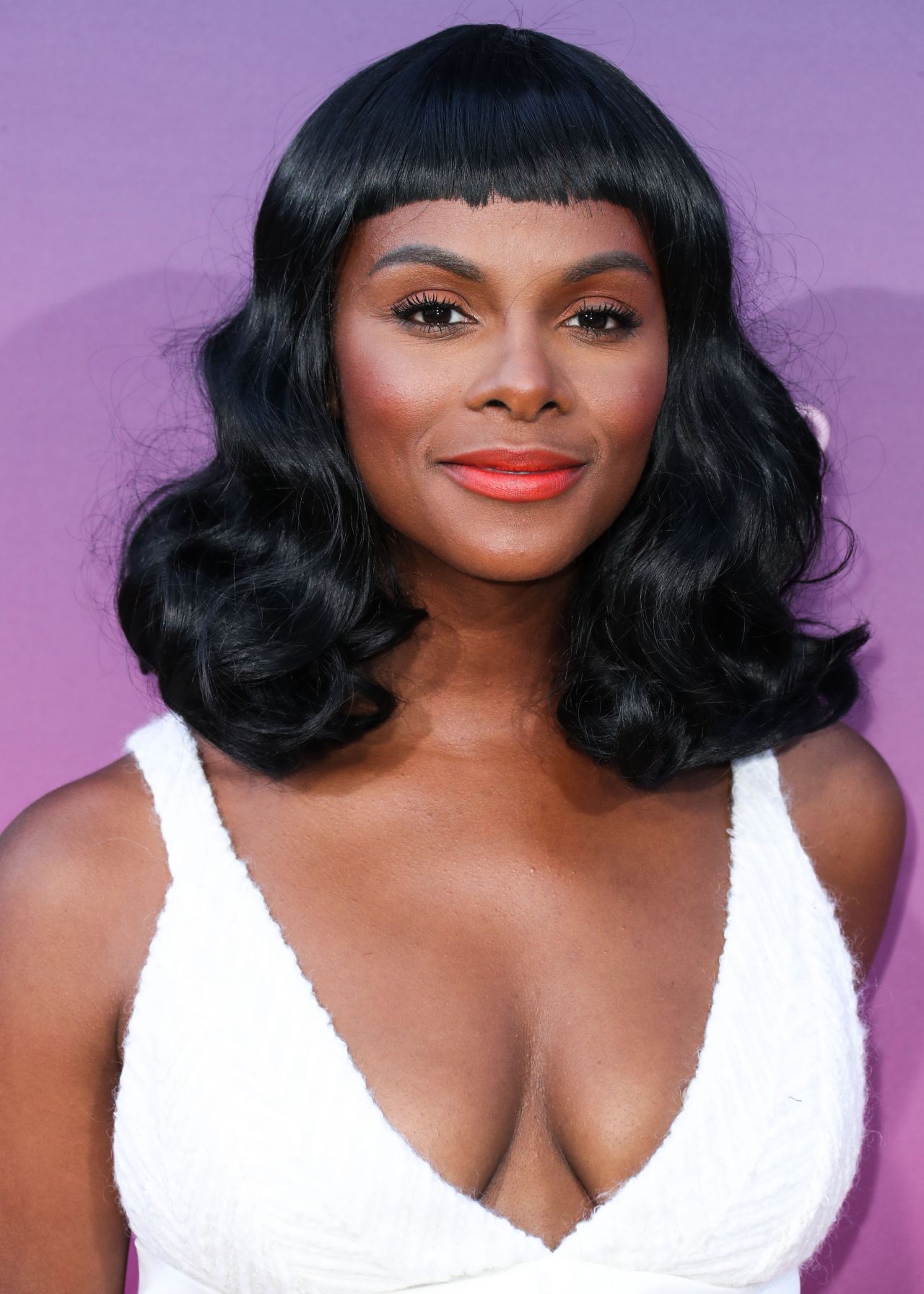 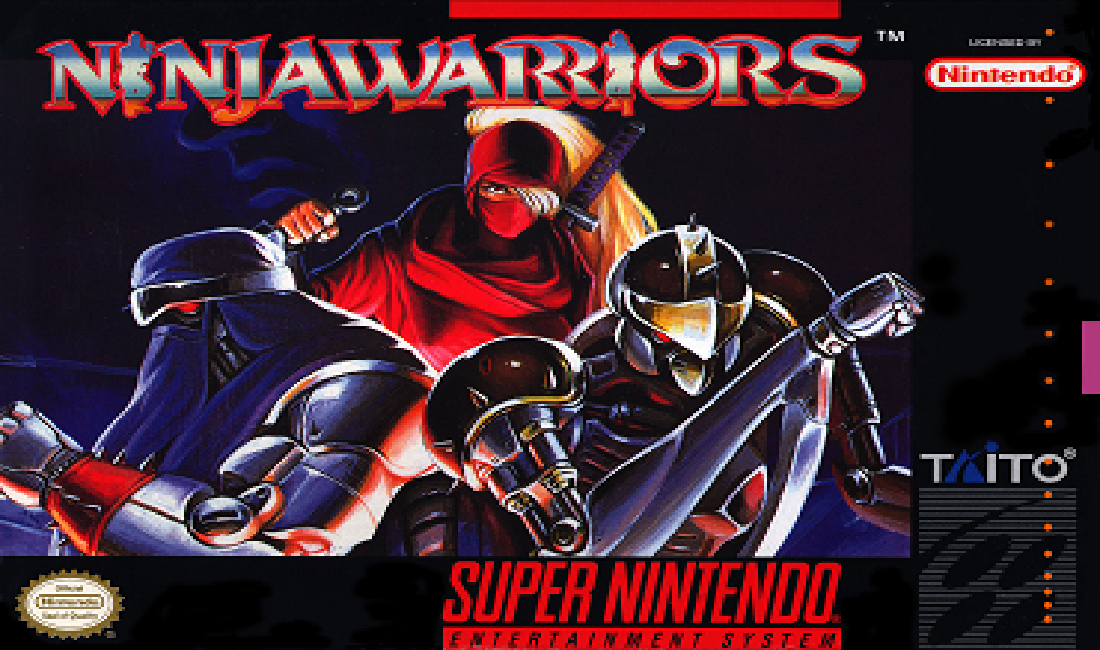