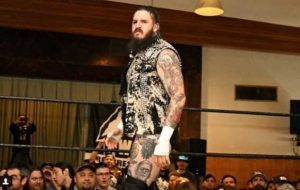 Major League Wrestling will not be sending Ring of Honor any Christmas cards this Holiday season.  After news broke yesterday that ROH signed MLW wrestler PCO to a full time and exclusive deal, we now know that ROH also signed MLW wrestler Brody King.  King has been getting traction a lot this year, and is considered a top prospect among indy guys.  This appears to confirm that Cody Rhodes, Young Bucks, and others will be leaving next month.  Joining these debuts are Zachary Sabre Jr. who will debut at Final Battle, though he’s on loan from New Japan Pro Wrestling.

Legendary wrestler Raven was on the Heated Conversations with Booker T podcast and talked about his time with Paul Heyman and ECW.  While talking to Booker, Raven revealed he didn’t feel Heyman ever wanted to sell the promotion and selling it to Vince McMahon was the last gasp of the dying promotion.  Raven expounded upon this and shared more details about Billy Corgan of Smashing Pumpkins fame wanting to buy ECW, saying;

Billy Corgan was talking about how one day he wanted to buy ECW from Paul Heyman and Paul wanted to charge him a ridiculous mark price for it and he didn’t do it. To be honest, I don’t think Paul wanted to sell it. He gave you a price you couldn’t match because he didn’t want to sell it.  That was why he didn’t want to sell it to Tommy Dreamer, because he wanted it to go under with him in charge so that it was his show, and that if it continued the way it did, it was his baby. If it got buried the way Vince McMahon buried it it didn’t effect the magic that he created so I don’t really think he really ever wanted to sell it and he just wanted it to go down with him as the captain of the ship.