Hulk Hogan is apparently back in the WWE.  After making amends with the roster, the legendary grappler was re-instated to the Hall of Fame.  While few people will have an issue with this, as many have either forgiven or never cared for Hogan, the new issue brings up some stupid conversations.  Mostly, that Hogan – a man who said some stupid shit, then had his privacy illegally violated and sold off to the highest bidder – and family murderer Chris Benoit are in the same boat once again.  The argument is that Hogan is being allowed back in after saying racially charged things in private, so that means it’s cool to bring back Chris Benoit.

Unfortunately for some of the more “altruistic” of the SJW’s out there, no amount of prejudiced or racist beliefs will ever trump killing your own family in a fit of anger and rage.  Chris Benoit is a disease and was for years before his families murder.  He was known to bully, and abuse others for his own amusement.  Hogan has outdated beliefs, Benoit MURDERED HIS OWN SON.    The two will NEVER be relatable.

Congratulations go out to Curtis Axel and Bo Dallas, who did right by their fathers Curt Hennig and IRS respectively when they defeated Matt Hardy and his partner to win the WWE RAW Tag Team Championships at Extreme Rules.  What’s interesting is, this made history.  To the best of my research abilities, I have found that no other time in WWE history has one brother defeated another brother to win tag team gold.  This does not count of course kayfabe pairings like Kane and Undertaker or Edge and Christian.  This is the first time, that I could find, that real siblings exchanged tag gold in the WWE.  So congratulations to them for that.
(Note: This does not include NXT, ECW or WCW tag titles)

AJ Styles and Rusev Had The Best Match? 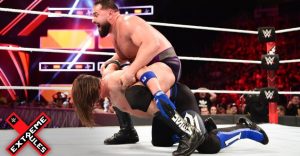 Rusev and WWE Champion AJ Styles had the best match of the night in my opinion.  It’s really only down to that or one or two other matches, as the show at large was poorly booked.  Predictable spots, too injured to compete wrestlers and a slew of cheap finishes dampened the show.  Even in the Styles and Rusev match there was a lot of shannigans going on, but Rusev souled the hell out of a left leg injury, allowing for amazing story telling.  If only the WWE didn’t go all in on stupid booking, by having Aiden English get involved.

While not confirmed yet, an interesting moment occurred last night when Randy Orton returned form a hiatus and attacked mega-face Jeff Hardy after his US Title match with Shinsuke Nakamura.  The current rumor is that Hardy is going to miss some time to recuperate from a nagging back.  That means that Orton’s heel turn is currently being done against no one, should the rumors be true.  However, no one unless you count the WWE Champion AJ Styles.  SummerSlam is needed to go over huge.  The WWE has always loved Orton and this is one time the WWE might actually be in a place to use him properly.  Orton and Styles are part of that epic 2002 class of stars who debuted in wrestling.  They only faced off once to my knowledge and now that Orton’s a heel, the face/heel dynamic could be huge to see.  This is a mega feud that they haven’t put a lot of time behind, so it’s still fresh.  You have all of these reasons to do the feud at SummerSlam, but will they?  A lot of fans want ANOTHER Styles/Samoa Joe match.  Great, another IMPACT re-match that will never be as good as it was back then.  Don’t do it, do new. 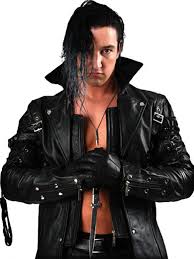 We talked in length about who we thought would win the G1 Climax on this past Friday’s Oh, HI! Oh, Guys…Podcast but neither of us thought “JAY WHITE“.  So far through White’s two first matches in the 28th Annual G1 Climax Round-Robin Tournament, he is 2-0.  Not just 2-0 though, he’s scored two victories over the top two names in his bracket and the 2nd and 3rd biggest name behind Kenny Omega.  That’s right, White now has wins over the greatest IWGP Heavyweight Champion ever Kazuchika Okada and The Ace of NJPW Hiroshi Tanahashi.  Big wins for anyone, even bigger for White who was the whipping boy for Juice Robinson and his stunning barbs.  Juice and Omega would only see White in the finals, so there’s now way White gets four wins over the four most important names.  Is White on his way to a World Title shot at WrestleKingdom?  We’ll see. 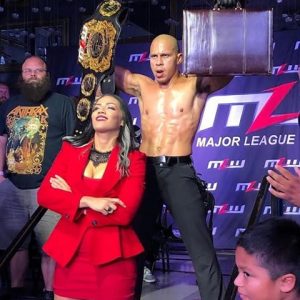 Low Ki returned in a big way to mainstream wrestling by defeating “The Swerve” Shane Strickland for the Major League Wrestling World Heavyweight Championship.  Ki left IMPACT Wrestling last year after his deal expired, ending his 1948th run with the company, and since then has been left off the radar by many.  After a no-show over ‘Mania weekend where he had issues with the promoter and claimed to be injured, many were unsure what Low Ki would do next, as he burned bridges with the WWE, NJPW and has a strained relationship with IMPACT and others; but Low Ki answered loudly last Thursday.  Will this revive his stalled career?  We’ll see. 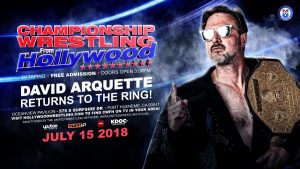 David Arquette returned to the world of pro wrestling in earnest at a Championship Wrestling from Hollywood event.  He wrestled against RJ City and showed up looking almost unrecognizable.  The trimmed actor and wrestler sported no facial hair, a new haircut and a physique most 46 year old wrestlers would love to have.  Unlike his time in WCW, Arquette was actually read for this match and performed well according to fans in attendance.  The match will air on t.v. I believe, so you ‘ll be able to see it for yourself.  In the meantime, Pro Wrestling Sheet has highlights of the match on their YouTube channel which you can see below.

I love and respect all of you wrestling fans. To the wrestlers – for the first time tonight I felt like I was one of you – @RicFlairNatrBoy once told the boys at the bar I was and tonight the boys back stage treated like it. Thank you all I’m proud to be both a fan & “one of us” pic.twitter.com/A0X4K0tuHL 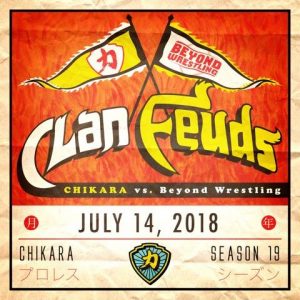 Chikar and Beyond Wrestling had a joint show dubbed Clan Feuds that took place at Chikara’s Wrestle Factory this past Saturday.  The event so far is one of Chikara’s biggest during it’s 19th season.   The points alongside Chikara wrestlers is for title opportunities.  You have to have three wins in a row in order to challenge for a title in Chikara.

Cornelius Crummels and Sonny DeFarge (CHIKARA) (3 points) vs. EYFBO (Beyond)
– EYFBO is also known as LAX in IMPACT Wrestling, so clearly it was going to an uphill climb. EYFBO (Entertaining Your Fucking Balls Off) defeated Crummels and DeFarge.

Dasher Hatfield (CHIKARA) (2 points) vs. Chris Dickinson (Beyond)
-Dickinson gets the win, pushing Hatfield out of the standings for the Chikara Grand Championship, something some fans are not too happy about.

Atomicos Contest
F.I.S.T. (Icarus, Tony Deppen, and Travis Huckabee) and Fire Ant vs. Worker Ant, Green Ant, Thief Ant, and Razerhawk
– The match served to further the speculation of a full on Colony revival, with Fire Ant coming to the aid of his Ant brethren.  It’s been rumored for years that Pinkie Sanchez and Drew Gulak were members of the Colony before dropping their masks, and in Gulak’s case, moving on from the company.    F.I.S.T. and Fire Ant got the win.

Another fun fact; Former PWG Heavyweight Champion and current NJPW and ROH star Chuck Taylor used to be a member of F.I.S.T. along side current CHIKARA star Icarus and NXT star Johnny Gargano.

Juan Francisco de Coronado (CHIKARA) vs. Jonathan Gresham (Beyond)
– de Coronado was able to make Gresham pass out from the Coronado Clutch, in a match that seems to have fans split.  Some say it was good, others, not say it was “strange”.

Main Event
Mark Angelosetti (CHIKARA) (1 point) vs. “Hot Sauce” Tracy Williams (Beyond)
– Angelosetti, who has become a major player in CHIKARA over the years, gets the win after blocking a top rope piledriver, and turning it into a superplex.  CHIKARA wins the night and fans claim this was an awesome match.

Geoffrey the Giraffe Eliminated by Amazon

Finally we have an awkward one for you.  Geoffery the Giraffe appeared at a show called Sueprcon in Florida this past Friday and wrestled in a 30 man battle royal.  During the match, former WWE star Gangrel called and ordered a package from Amazon, threw it at the former Toys R Us mascot and screamed “Amazon Prime, Bitch!”, before eliminating Geoffrey from the match.

This is wrestling now.