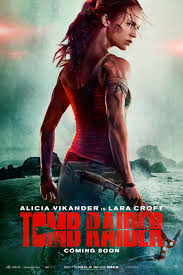 Watchmen/HBO Update – The long planned HBO/Watchmen series is a go, as Damon Lindelof posted a statue stating “In Gratitude”. The statue was given to the original Night Owl for his service as a hero, and Lindelof clearly posted a photo of it. Considering he’s attached to the product, it’s safe to say that he’s posting about the Watchmen series.

Actor Returning for X-Men: Phoenix? – Daniel Cudmore, who played Colossus in the third and fifth X-Men films is returning to the role, allegedly. Spotted on the set of the film for “X-Men: Phoenix”, Cudmore was directly asked about this, but declined to say who he was playing. Now, another actor, Stefan Kapicic is playing Colossus in the “Deadpool” series, so perhaps Cudmore could be playing someone else. This has lead many to speculate whether or not he’s playing Gladiator, the heavy for the Shi’ar Empire.

Quick Hits – Matthew Vaughn believes that “Days of Future Past” should of been the last film in the prequel series, not the second. Jane Goldman isn’t sure if she’d join Matthew Vaughn on “Man of Steel” sequel if he does it. Tomb Raider released their first trailer; which is basically just the Green Arrow origin story, complete with secret files from her father.