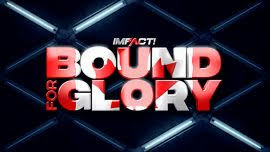 Bound For Glory Updates – GFW has released a series of videos teasing potential international locations for GFW’s Bound For Glory, which takes place on November 5th. You can see the videos below, which tease the possibility of the show taking place in Japan, Canada, India and the United States. You can see those teasers below. Additionally to this, it was also reported earlier today that the show is likely to take place in Canada. The location will be officially announced Monday.

No More WWE Bets?! – The Wrestling Observer Newsletter is reporting that gambling sites may no longer offer WWE as an option for betting after someone earned over $45,000 from Summerslam. It’s believed the winner was someone who gets the finishes to WWE ahead of time. Dave Meltzer suggested there wasn’t enough smart money in time or the sites to adjust the line and none of the finishes were changed at the last minute. That meant that someone with “inside knowledge” could get the finishes correct.

Meltzer also had the following to say…

“He did a $3.36 parlay on ten matches, all of which he got right, and won $45,600. That was a key thing where I mentioned after the show that a lot of the gambling sites were considering dropping WWE because insiders that knew could make a lot of money and that level money was ridiculous. The company that got hammered hasn’t done parlays in a long time, and won’t be doing them again.”

Lacey Evans Update – WWE NXT Superstar and Mae Young Classic competitor Lacey Evans posted on Instagram that her home suffered damages from Hurricane Irma. In one instagram post, she talks about how everything can be replaced, from furniture to appliances, and even her whole home, but she was more upset about the possibility of pictures of her Father who has passed on, being ruined, especially since she says it’s all she has left of him. In a second post, Lacey posted a picture of the inside of the home, where water is on the floor, and her daughter noticing a rainbow on the floor. She posts that even through the toughest times, her daughter is the one that can see “notices the unnoticeable”. On behalf of all of us here at NerdCorp, our best thoughts and wishes continue to go out to not only Lacey Evans and her family, but to all who have suffered losses at the hands of Hurricane Irma.