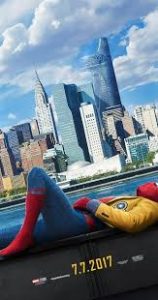 Not a lot of news today, so here’s what we got! Check it out.

Marisa Tomei Talks Cut Scene – Marisa Tomei revealed that Jon Watts cut a lot of her scenes that apparently would strengthen the bond between Peter and May. Tomei is quoted as saying;

There was something going on in the neighborhood, and there was a little girl in distress, and I saved her, and Peter saw me save her, so you kind of saw that he got part of his ethics from her … Then I come home, and I don’t even tell him that that’s what happened, and, of course, there’s all this stuff that he’s not telling me. So he’s like, ‘How was your day?’ And I’m like, ‘It was fine,’ but really I was shaking inside because of this whole crisis that had happened in the city. I’m kind of fibbing to him, and he’s fibbing to me, and we’re living in this house together, and it was a very interesting setup. I was quite disappointed that wasn’t in there.

Marvel Brinign in Lucy Liu – Lucy Liu, the star of “Elementary” on CBS, is apparently coming into the world of Marvel. The leading lady will direct the premiere episode of “Luke Cage’s” second season. Marvel confirmed this by saying;

Marvel Television and Netflix announced that multiple award-winning actress and director, Lucy Liu (“Elementary,” Graceland”) is directing the premiere episode of the second season of the Netflix original series “Marvel’s Luke Cage,” set to premiere in 2018. All 13-episodes of the first season of “Marvel’s Luke Cage” are now streaming on Netflix.

In addition to a slew of television and film credits, Liu made her directorial debut in 2011’s short film, Meena and also directed four episodes of the CBS series, “Elementary.”

Liu then commented on it, following up with’

What a thrill to collaborate with Marvel and Netflix, two industry titans, who paint our world with inspiring stories and beguiling characters. It is such an honor to work with such a passionate and fearless team.

New Stranger Things Teaser – The folks at Netflix and “Stranger Things” posted a new teaser for the upcoming second season of the series below. 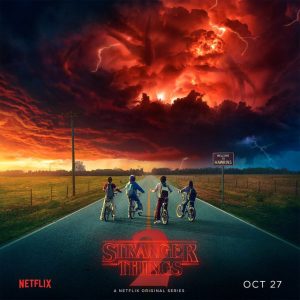 Some doors can't be closed. #StrangerThings2 arrives on October 27. pic.twitter.com/NALL5HQalg