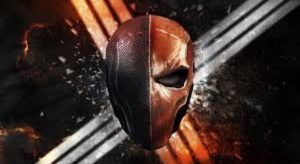 Not a lot of comic news right now, so here’s the important stuff. I usually do a “super-post” after the weekend but honestly, nothing happened. So here’s what you should know.

I can report that Manu Bennett is back to being a part of the show, and I think we will see him multiple times this year, which is awesome.

…We have somebody returning to the show this year that we have not seen since season one.

Homecoming Backlash – I don’t know what Marvel was thinking, but spoiler, Zendaya isn’t Mary Jane Wastson, but she is ‘MJ’. Kevin Feige and Amy Pascal have confirmed that Zendaya is not Mary Jane, but Feige did say;

Well, we never even looked at it as a big reveal necessarily but more of just a fun homage to his past adventures and his past love. She’s not Mary Jane Watson. She never was Mary Jane Watson. She was always this new high school character, Michelle, who we know there’s an “M” in Michelle and an “M” in Mary. [laughs] So we’re so clever and we thought, “Wouldn’t it be neat if her initials were MJ?” And then I think it leaked that she would be playing MJ and then it became a whole headache for Zendaya to have to navigate. It was never a big, “Oh my God, it’s a big reveal!” There are big reveals in the movie. That’s not one of them.

She is not going to end as being Mary Jane Watson. She’s not Mary-Jane Watson. Is she going to date Peter? Are they going to fall in love? She seems to be intrigued with him. There’s a nice chemistry there. Who knows what will happen in the future films?

It feels like Pascal and Feige are backpedaling from the Zendaya revealed. It’s very possible that Zendaya’s character will be Peter’s ‘MJ’ in the film.

I have a theory, and it centers around Disney not getting the rights to Mary Jane, as they didn’t get the rights to Felicia Hardy either. Hardy will be in the upcoming “Silver and Black” film. If Disney didn’t acquire the rights to the character, it makes sense that they’d try and shoe-horn the character of ‘MJ’ into an original character.